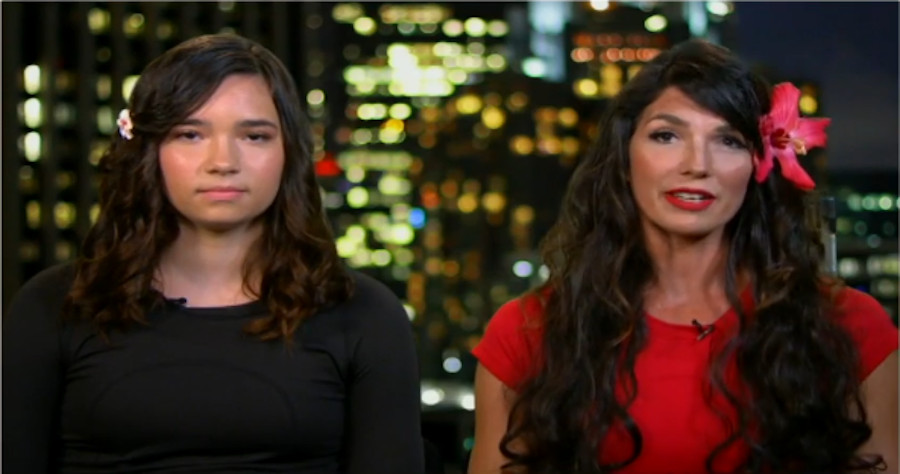 I’m a mom, a coach and a Team USA World Masters track athlete who is fighting for something greater than another gold medal: I’m standing for the protection of women’s sports.

If male-bodied athletes continue competing on female teams, it will be the end of women’s sports. This is no exaggeration; this is reality, and it’s happening right now.

At the 2018 World Masters Athletics Championships in Málaga, Spain, I competed in the 200-meter race against a male-bodied athlete, whom I beat by only a few tenths of a second. The next year, the same athlete beat my teammate in the hurdles for a place on the podium at the 2019 World Championship indoor meet in Poland. My teammate had trained harder than anyone I know.

It wasn’t just on the world stage that I experienced the demoralizing trend of male-bodied athletes displacing females from their own competitions; it was also on my home island of Maui, Hawaii.

A year and a half after my experience in Spain, my daughter lost to a biological male identifying as female in her first-ever high school track race. I had watched proudly as my strong and determined girl did all the right things – made personal, difficult sacrifices to train her body to be as fast and fit as possible for her first race.

Yet all her hard work seemed to drift away along with the male-bodied athlete, who had just transferred from the boys’ volleyball team to the girl’s team the season before. The athlete breezed right by her to win first place, leaving her to finish second.

How can you win as a female when you’re lined up next to a male body whose strength, heart and lung capacity, and pace are all greater than your own no matter what the “treatment”?

It’s not only the fact that my daughter placed second behind this individual in her first race, but we also began to witness all the other ways this injustice impacts families like ours: the mental health impact on girls who have to race male-bodied athletes, the personal lessons in effort rewarded and goals achieved, and future scholarships, awards and accolades.

But how can you win as a female when you’re lined up next to a male body whose strength, heart and lung capacity, and pace are all greater than your own no matter what the “treatment”?

If male-bodied athletes continue competing on female teams, it will be the end of women’s sports

Numerous studies have shown males continue to hold large physical advantages over females, even when suppressing their testosterone. A male’s muscular advantage is only minimally reduced when testosterone is suppressed, and males are still 12% faster than their female counterparts after two years of feminizing hormones.

The most important factor is the psychological toll. Many of the girls I coach suffer from anxiety over having to compete against male-bodied athletes. We all know the powerful scientific neurotransmitter connection between our minds and our bodies: When you think you can win, you have a better chance of doing it. It’s proven.

Yet those of us who dare speak out that competing against males is unfair are told, “Oh, it’s not that big of a deal. It doesn’t happen that often.” “Just keep your mouth shut and be quiet.” That’s what I was told when I raised questions as to the unfairness of running next to a male-bodied athlete at the World Masters.

From coast to coast, we see college administrators, coaches, the National Collegiate Athletic Association, and many others in the media and culture trying to downplay our stories and sweep us under the rug. But know this: There is a groundswell. From my very own daughter raising her voice along with the young track stars Chelsea Mitchell, Selina Soule and Alanna Smith in Connecticut, to Lainey Armistead, who plays soccer in West Virginia, to the female swimmers at the University of Pennsylvania who are stressed by the presence of a male in their locker room (not to mention the women who compete, and often lose, against this male-bodied swimmer).

Yes, indeed, there’s a chorus of voices bravely recounting the missed opportunities, lost scholarships and titles, and the enormous challenge of competing in the sport you love on a playing field you know isn’t level.

How does this affect how girls think about the future?

My daughter is a junior in high school and plans to follow in my footsteps and pursue collegiate-level track. But she is already worried about whether she will be able to compete for and receive scholarships.

After all, we know college athletic departments get funding from producing champions – so what’s their motivation to recruit biological women like her for their female teams when male-bodied athletes could bring a better chance of victory and more money? We are already seeing this trend at the University of Pennsylvania.

It is wrong for high school girls – or women at any age, for that matter – to worry about not being good enough simply because they are a woman. We are witnessing the nail in the coffin in the death of Title IX.

Female athletes deserve their chance to receive accolades, awards and scholarships. We must raise our voices on behalf of fairness and equal opportunity for all women, before the entire category of women’s sports is erased.