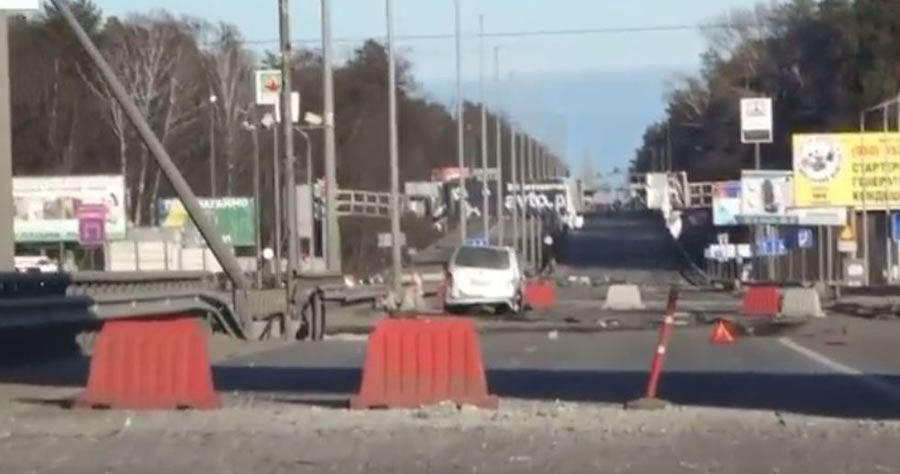 Sky News Chief Correspondent Stuart Ramsay and four colleagues were ambushed and shot Friday by Russian forces while reporting on the war in Ukraine.

Ramsay and his colleagues were driving back to the Ukrainian capitol of Kyiv when they were attacked in their vehicle by what they were told was a Russian reconnaissance unit, according to the BBC. As they attempted to escape from the car, Ramsay was shot in the lower back. Footage suggests that something blew up under the car prior to the shooting.

“The [Ukrainian] government has warned for days about Russian saboteurs, who’ve infiltrated the country to bring terror. Death squads who are attacking civilians in their cars as they flee. They do exist, as we found out,” Ramsay’s voiceover describes in the Sky News video. The journalists then scream and shout as heavy gunfire can be heard around them, with many bullets hitting the car, as the video depicts.

The group first assumed it was a Ukrainian mistake, so they identify themselves as the shooting stops, but the bullets continue to fire in a “professional ambush,” as Ramsay described. “I’m hit, but escape the car,” he said.

WATCH: Sky News reporters ambushed near Kyiv, injuring one of them pic.twitter.com/zDXGGEwJ40