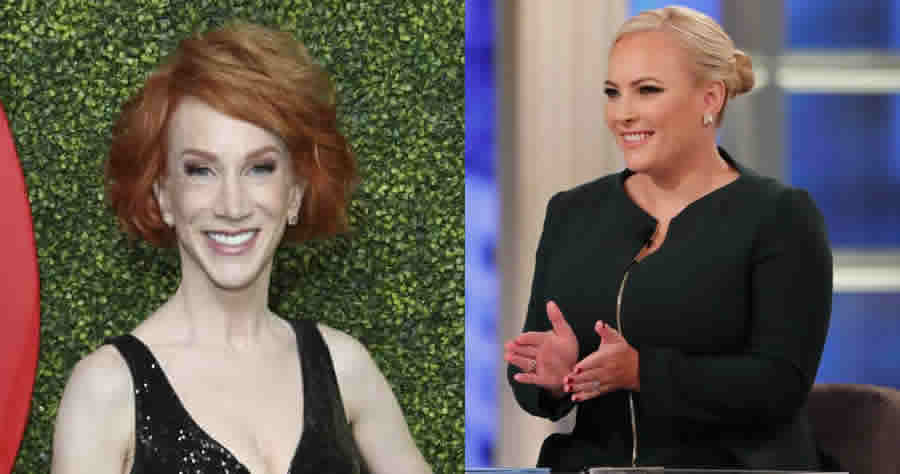 Meghan McCain said her heart goes out to Kathy Griffin after the comedian revealed she has lung cancer, but said she’s “never going to like her” and accused her of bullying.

“First I just want to say it’s terrible and very scary to be diagnosed with cancer,” the co-host shared on “The View” on Monday, according to Decider.com.

“It’s very tragic to hear of her having an opioid addiction,” she added. “Both things have hit my family very hard, and it’s just horrific to go through as someone who’s a bystander, let alone actually going through it yourself. My heart goes out to her in that way, and I hope for a very speedy recovery.”

McCain then highlighted one of the reasons that Griffin was allegedly “canceled” — a photoshoot in which the comedian held up a “severed bloody head” of former President Donald Trump. The host suggested those on the panel would have been “a lot less reticent to have forgiveness” had a conservative comedian held up the head of a liberal politician like Vice President Kamala Harris, President Joe Biden or former President Barack Obama.

“And I don’t like her because I don’t like seeing pictures of severed heads of anyone, any place, because it reminds me of what ISIS does to our soldiers,” she added.

KATHY GRIFFIN REVEALS LUNG CANCER DIAGNOSIS: After mostly keeping out of the spotlight since her controversial photo shoot with a depiction of then-Pres. Trump, the comedienne opened up about her drug addiction and cancer diagnosis – the co-hosts discuss. https://t.co/LRxaWZYgro pic.twitter.com/t4LV6mKEGy