‘In Bed With The Government’: Biden’s New Press Secretary Karine Jean-Pierre in a Domestic Partnership with CNN Anchor 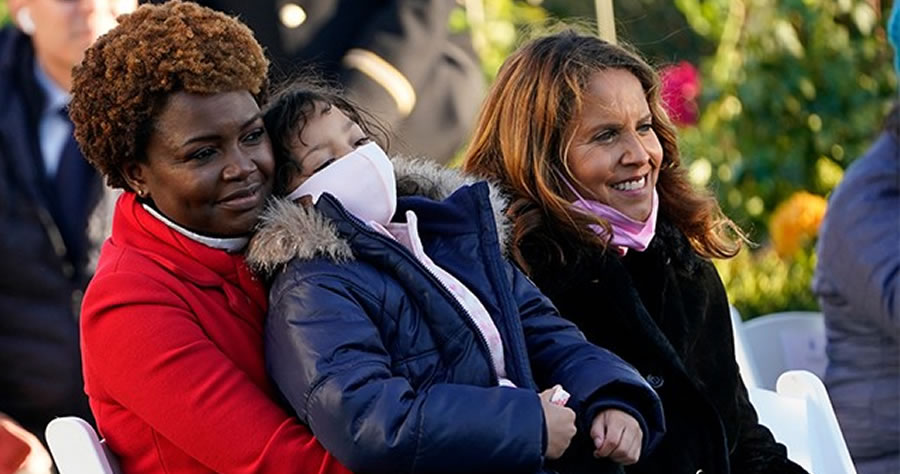 Though details of Jean-Pierre’s relationship with Malveaux remain limited at this time, the two have been in a same-sex partnership and currently have an adopted daughter between them in Washington, D.C. Malveaux earned a degree in sociology at Harvard University before attending Columbia University Graduate School of Journalism. Having previously served as a White House correspondent and primary substitute for Wolf Blitzer on The Situation Room, Malveaux has also co-anchored CNN’s Around the World and editions of CNN Newsroom, according to The Sun.

Breitbart News Editor-in-Chief Alex Marlow previously wrote about Suzanne Malveaux and her connection with the Biden White House in his book Breaking the News after Jean-Pierre had been tapped as the president’s deputy press secretary.

“Karine Jean-Pierre, Biden’s deputy press secretary, is married to CNN national correspondent and anchor Suzanne Malveaux,” Marlow previously wrote. “During the Obama administration, Malveaux was assigned to cover the White House, where Jean-Pierre worked in the Office of Political Affairs.”

As I reported in Breaking the News, Karine Jean-Pierre is married to CNN anchor and national correspondent Suzanne Malveaux.

This is one of many examples of the corporate media LITERALLY in bed with the government it covers. https://t.co/TIfOxLywSH

In honor of Pride Month 2021, Jean-Pierre detailed how she navigated her life as an open lesbian since the age of 16.

“I came out to my Mom when I was 16 years old. The revolted look on her face sent me running back into the proverbial closet and slamming the door shut. After that, my sexuality became a family secret and it would stay that way for years,” she tweeted.

“I dated, but I hid those relationships from my family. Just as American society has evolved over the course of the past couple of decades to embrace the LGBTQ community (never forgetting we still have work to do), my family has evolved to embrace my membership in it,” finally adding:

I’m proud to be an out Black Queer woman and I have been for quite some time. I’m happy to say, my Mother is now proud of ALL of who I am; she loves my partner and she loves being a doting grandmother to the daughter we are raising. My journey towards feeling accepted by myself and loved ones wasn’t an easy one, but it was worthwhile. No matter where you are in your journey, I see you, we see you and we celebrate you  – Happy Pride!