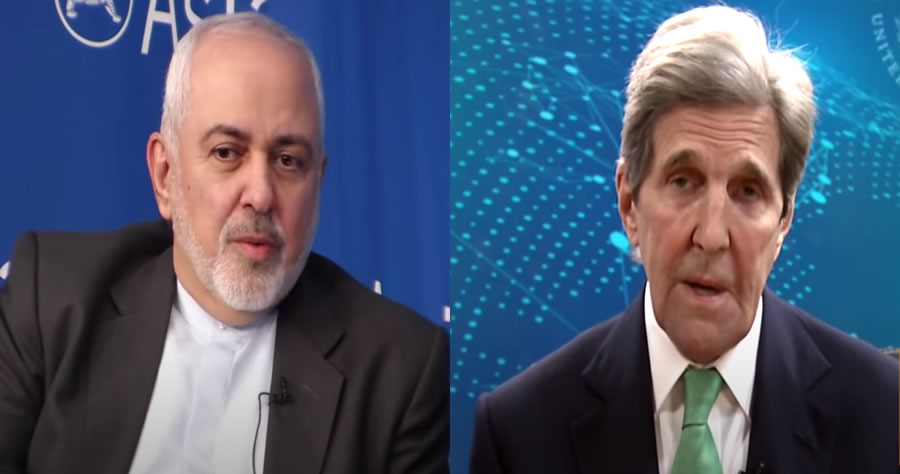 In a leaked audiotape that offers a glimpse into the behind-the-scenes power struggles of Iranian leaders, Foreign Minister Mohammad Javad Zarif said the Revolutionary Guards Corps call the shots, overruling many government decisions and ignoring advice.

In one extraordinary moment on the tape that surfaced Sunday, Mr. Zarif departed from the reverential official line on Maj. Gen. Qassim Suleimani, the commander of the Guards’ elite Quds Force, the foreign-facing arm of Iran’s security apparatus, who was killed by the United States in January 2020.

The recording, of a conversation in March between Mr. Zarif and an economist named Saeed Leylaz, an ally, was not meant for publication, as the foreign minister can repeatedly be heard saying on the audio. A copy was leaked to the London-based Persian news channel Iran International, which first reported on the recording and shared it with The New York Times.

By Sunday night, Mr. Zarif’s critics were calling for his resignation, saying he had threatened Iran’s national security by revealing to the world the country’s inner politics.

“Former Secretary of State John Kerry informed him that Israel had attacked Iranian interests in Syria at least 200 times, to his astonishment, Mr. Zarif said,” according to the Times.

As Hot Air’s Ed Morrissey noted, the Times buried this lede in its story about the leaked audio, which featured lengthy remarks from Zarif. The Times focused on Zarif’s complaints that the Revolutionary Guard Corps calls the shots in Iran, often overlooking diplomatic concerns. Zarif accused Soleimani of undermining the Iran nuclear deal, among other things.

While these internal conflicts in the Iranian government are noteworthy, it seems far more shocking and newsworthy that Kerry would expose as many as two hundred covert Israeli attacks on Iranian interests in Syria.

Iran is an Islamist theocratic state while Israel is the United States’ closest ally in the Middle East. Under Soleimani, the Quds Force engaged in various terrorist attacks across the Middle East, killing an estimated 500 American soldiers. Yet in 2015, when Israel attempted to assassinate Soleimani, the Obama administration reached out to Iran with news of Israel’s plan.

By contrast, the Trump administration gave Israel the green light to assassinate the general — although the general survived until the U.S. military killed him via airstrike last year after Iran-backed militias attacked the U.S. Embassy in Baghdad.