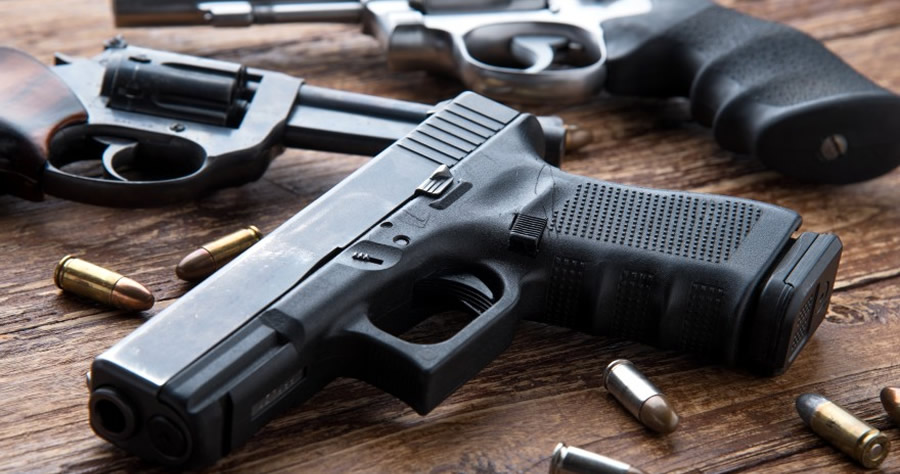 The leftist media’s Hands Are Full of Blood – why are they always inciting more mass shootings?

Have you noticed the all too familiar pattern of events that occur after a mass shooting? Anti-liberty leftists and media minions will leap into action desperately trying to exploit other people’s pain for its political gain. Instead of taking steps to protect the vulnerable, they do the opposite while glorifying mass murderers. Then they are ‘surprised’ when the situation they’ve created results in more death and destruction.

What would be the ‘common sense’ solution to crime and mass murder?

Would that be to take away the people’s ability to defend against crime?  While glorifying mass murderers so that the pattern repeats itself within a 12.5-day time period?  Or would it be to have people defend themselves and fortify schools and similar locations while denying media attention to criminals?

If heaping media attention on mass murderers so others are encouraged to do the same while failing to protect the vulnerable doesn’t sound like ‘common sense’ then you’re not alone.  Most people would probably agree that those actions are the definition of insanity.  However, we have a political minority faction in the anti-liberty left that snivels that it makes perfect sense.

Anti-liberty leftists would rather punish innocent people and restrict their freedom with measures that will do nothing instead of fortifying schools.  Even worse, they must be aware of the phenomena of media contagion and generalized imitation, and yet they persist in making perverse ‘celebrities’ out of mass murderers.

The phenomenon has been studied for years, with most media sources reporting on the issue.  One of the more recent studies published in the Library of Medicine [PubMed.gov] entitled: Mass Shootings: The Role of the Media in Promoting Generalized Imitation, concluded that while the media wasn’t directly responsible for these acts, they stated that:

In instances of mass shootings, the media appear largely responsible for providing the model to imitate. Although there are a variety of strategies that could function in tandem to alter the likelihood of a mass shooting, changing the way the media report mass shootings is one important step in preventing and reducing imitation of these acts. Furthermore, media-prompted imitation likely extends beyond mass shootings. A media effect has been shown with suicide, is implied in mass shootings, and may play a role in other extreme events such as home-grown terrorism and racially motivated crimes.

They also made numerous recommendations for reducing the glorification of these mass murderers in the nation’s socialist media, such as the  “Don’t Name Them” campaign.  We follow the example of the Zelman partisans in referring to those pieces of excrement as a chumbucket.   The point is to not glorify mass murderers by posting their names and image everywhere and describing in great detail their life stories.

Make no mistake, we’re not advocating the suppression of this information.  In the case of the Buffalo chumbucket, that only made things worse since the suppression of the murder’s ‘manifesto’ only served to further the propaganda goals of the anti-liberty left.  We’re only suggesting that information be available somewhere instead of being broadcast 24/7 to all reaches of the earth.  We don’t need to see an image of the latest mass murderer or breakfast preferences 200 times a day.

Numerous media sources have discussed this issue over the years:

With probably the most recent being Reuters on May 15, 2022.  Suffice it to say, if several of them have made note of this phenomenon, they all should know of it.  After all, they claim to be in the information business and this is a very serious topic that directly impacts their decision-making process.

In short, they should have no excuse for not knowing about the issue of media contagion because it directly involves their business.

Everyone should understand that since it is a known phenomenon, the media has a choice in how it deals with this.  Up until now, they’ve pretended it doesn’t exist, so they didn’t have to worry about their culpability in how they cover these stories.

But now it’s been long enough that the pattern is manifest.  The media can no longer pretend that media contagion doesn’t exist, and it will be up to them to take action.  After all, they supposedly care about people, so now it’s up to them to prove it.

The nation’s socialist media is always quick to jump on blaming inanimate objects or innocent people or pro-freedom organizations.  So why can’t we apply the same rule to them, especially since the scientific studies show there is a direct connection?

Anti-liberty leftists and their propaganda organs of the American Pravda love to toss around the bloody hands charge with abandon, including the ‘inspiration’ for our headline.  Well, we’ve made the case that this applies to them.  The blood is on the other hand so to speak, what are they going to do about it?  Cynically exploit other people’s pain for their political gain as usual?  Or are they going to confess to what they’ve been doing all these years?