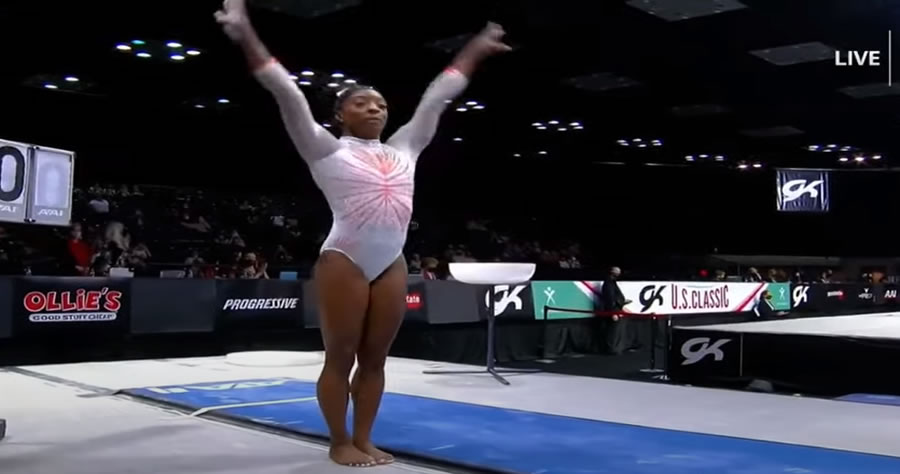 Simone Biles once again showed fans how she should be part of the GOAT (greatest of all time) argument as she made history on Saturday.

Sporting a leotard with a rhinestoned goat, Biles became the first woman to land a Yurchenko double pike at the U.S. Classic. The move has never been done by a female gymnast in competition.

This was the first time the five-time Olympic medalist has competed in over a year. During her last outing, Biles won her fifth all-around title at the 2019 World Championships.

Not only did she wow the crowd with her historic vault, Biles debuted her floor routine choreographed by Sasha Farber, her former Dancing with the Stars partner. He visited her in April to help “clean up” the choreography, which was set to techno music.

Due to the level of difficulty, Biles received a solid 14.250. The routine featured some of her signature skills: a triple-twisting double backflip and a double layout half.

The first woman in history to land a Yurchenko double pike in competition.

Simone Biles is a POWERHOUSE ⚡️