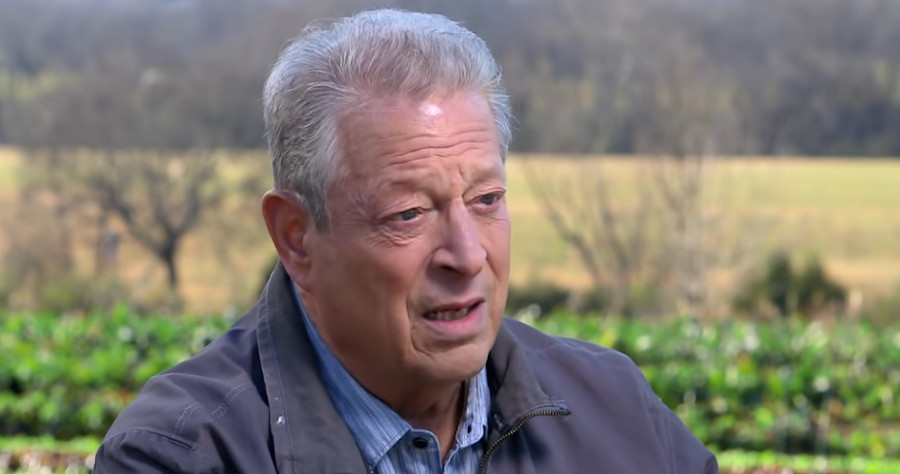 Former vice president Al Gore runs a $36 billion investment fund dedicated to environmental and social sustainability. The “mission-led firm” that claims to “seek transformational change needed in climate and social action” has investments in companies that profit from Chinese slave labor and help the Chinese Communist Party censor the internet.

Generation Investment Management, which Gore formed in 2004, has stakes in Tencent, Anta, and Alibaba, according to its investment reports. Tencent, a tech conglomerate, routinely censors the internet at the behest of the Chinese Communist Party and has surveilled foreign users of its WeChat messaging app. Anta, a sports apparel company, has faced accusations of using cotton sourced from labor camps in Xinjiang. Alibaba, which operates China’s equivalent to Google, has links to the People’s Liberation Army.

Generation’s investments are part of a growing trend of firms touting social justice causes while profiting off companies that aid the authoritarian regime in Beijing. Coca-Cola, Delta, and Major League Baseball came under fire last year for criticizing voting laws in Georgia while raking in billions of dollars from China. The baseball league pulled its All-Star Game from Atlanta over the voting laws, but days later signed a licensing agreement with Tencent. The league entered the deal even though Tencent had blocked NBA games from airing in China because a league executive defended pro-democracy protesters in Hong Kong.

Gore has followed a similar playbook. He accused Republicans last year of passing “truly un-American” voting laws while he profited from investments in China, which is led by unelected Communist Party bureaucrats.

Generation defends its Chinese investments on the grounds that the companies have pledged to curtail carbon emissions. The firm also cites the companies’ “significantly higher upside” than other investments in its portfolio.

Generation has worked closely with Tencent and Alibaba for years to develop its carbon emissions standards. The companies “have leapfrogged Western peers” by announcing plans to have net-zero carbon emissions by 2030, Generation said in a letter to shareholders last month. Generation voted to reelect Yang Siu Shun to the Tencent board of directors last year. Yang is a member of the Chinese People’s Political Consultative Conference, a political advisory committee for the Chinese government and Chinese Communist Party.

Generation likes Anta because of its “successful brand platform, excellent management team, and long runway for growth.” But Gore’s firm is well aware of longstanding concerns about the apparel giant’s link to slave labor.

“Sustainable investing can at times raise challenging issues, and we have recently been grappling with one at Anta Sports,” Generation said in its investor letter, acknowledging allegations that the apparel maker uses cotton made from slave labor in China’s Xinjiang province. Generation said it has discussed the issue with Anta management, and says the company is “well-intentioned” in its purported efforts to remove slave labor from its supply chain.

“In these situations, there can be a temptation to divest and move on,” the letter reads. “We believe this is the wrong thing to do with a management team that is engaged and well-intentioned, and where we feel our ownership can help to deliver change.”

Its claim notwithstanding, Anta has rebuffed calls from human rights groups to leave Xinjiang, where the Chinese government carries out genocide against Muslim Uyghurs. And in a particularly bold move, Anta said last year it uses cotton from Xinjiang and will continue to do so.

Gore’s compromise on Chinese firms for the sake of environmental sustainability bears similarity to another failed Democratic presidential candidate. John Kerry, the Biden administration’s climate czar, has refused to criticize China over human rights abuses out of concerns it would derail climate talks with Beijing. And like Gore, he has investments in controversial Chinese firms, including one linked to labor abuses against Uyghurs.

Both Gore and Kerry are in Davos, Switzerland, this week for the World Economic Forum. The annual conclave has long drawn criticism for attendees who fly on private jets halfway across the globe to lament the effect of climate change.