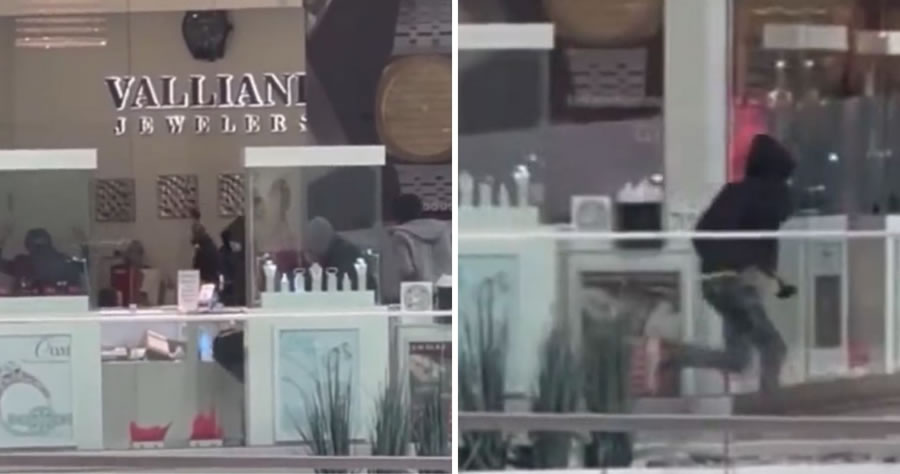 Police are looking for as many as 10 suspects after a group armed with sledgehammers robbed a jewelry store at the Roseville Galleria in Roseville, California, around 12:30 pm on Friday afternoon. The suspects are still at large.
An eyewitness at the scene of the crime described how the intruders, wearing hoodies and face masks, entered the business and threatened the employees, forcing them to stand down as they rummaged through the store’s goods.
One of the armed robbers brandished a firearm as the accomplices continued to rob the establishment, destroy the store’s cases, and steal the merchandise.

“They yelled ‘Get on the ground, get on the ground,’ and then I heard glass smashing,” said Cera Lafabe, an employee of one of the stores near Valliani Jewelers. “They had sledgehammers, they were breaking the glass. Watching the employees after the fact…they were really shaken up.”

Shortly afterward, footage from a security camera captured the robbers leaving the store and making their getaway in two vehicles: a bright orange Dodge Charger and a silver Chevrolet. From the footage, police have described the intruders as a group of males between the ages of 16 and 22, KCRA 3 reported.