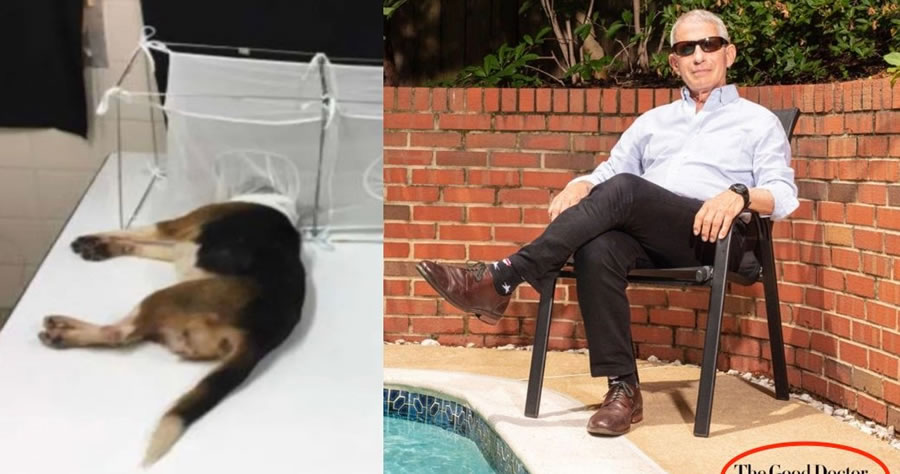 Dr. Fauci—is he the worst monster America has ever known or is he a hero, as the Democrat Party would like us to believe?

100 Percent Fed Up reports – In July 2020, In Style magazine featured a slick photo of Dr. Fauci poolside, wearing shades and looking very relaxed, while at the same time, he was asking Americans to remain hidden under their beds. The leftist media used every tool at their disposal to help push the propaganda that Dr. Fauci America’s “Good Doctor,” including doing personal stories about America’s highest-paid government worker and his bioethicist wife who is also paid by American taxpayers.

On Oct 20, after several months of denying that Dr. Fauci’s NIH funded the “Gain of function” experiment in the Wuhan lab in China that brought us the CCP virus, the NIH released a statement setting the record straight. The statement claims that they did, in fact, fund the research in Wuhan, China. Instead of pointing the finger at the all-powerful Dr. Fauci, who for almost two years has been controlling the way Americans are allowed to live their lives, they throw Peter Daszak’s EcoHealth Alliance under the bus, saying they “violated terms and conditions of the NIH grant.”

A special digital cover: Dr. Anthony Fauci and his wife, bioethicist Dr. Christine Grady spoke to @NorahODonnell about the battle against COVID-19, Fauci’s contentious relationship with the White House and how he’s staying sane (pro-tip: he power walks). https://t.co/CSM3KjFk3X pic.twitter.com/aNJno1CUkC