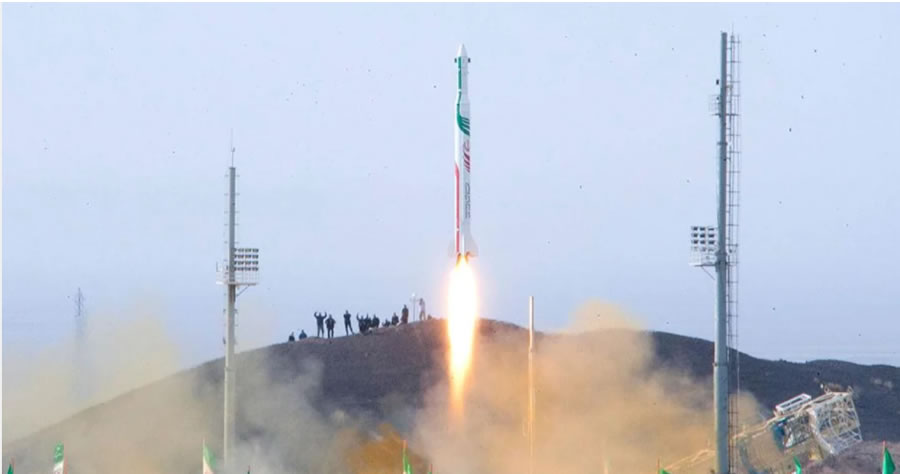 In the latest possible escalation of Iran’s nuclear ambitions, the country has launched a rocket into space, which was carrying ‘research devices’ according to Iranian state television. The launch drew condemnation and remarks of concern from a number of Western democracies, who are concerned that the launches violate U.N. Security Council resolutions and may represent a further dangerous continuation of Iran’s nuclear ambitions.

According to a report from ABC News, which translated the launch video, the white rocket in the video bore a legend which declared it the “Simorgh satellite carrier.” An Iranian spokesman claimed that the rocket “had launched the three research devices at an altitude of 470 km (290 miles) and at a speed of 7,350 metres per second,” according to Reuters.

It was not clear whether the rocket actually reached orbit, but according to Iranian state propaganda, “The intended research objectives of this launch were achieved.”

A spokesperson for the U.S. State Department told Reuters that the United States government was aware of the launch and stated that the launch defied a 2015 U.N. Security Council resolution. “The United States remains concerned with Iran’s development of space launch vehicles, which pose a significant proliferation concern.” The German government also condemned the launches, according to Reuters.