‘Is It Really Republican Racists Doing This?’: Tucker, Ying Ma Take On ‘Lie’ That Attacks On Asians Are Trump-Inspired 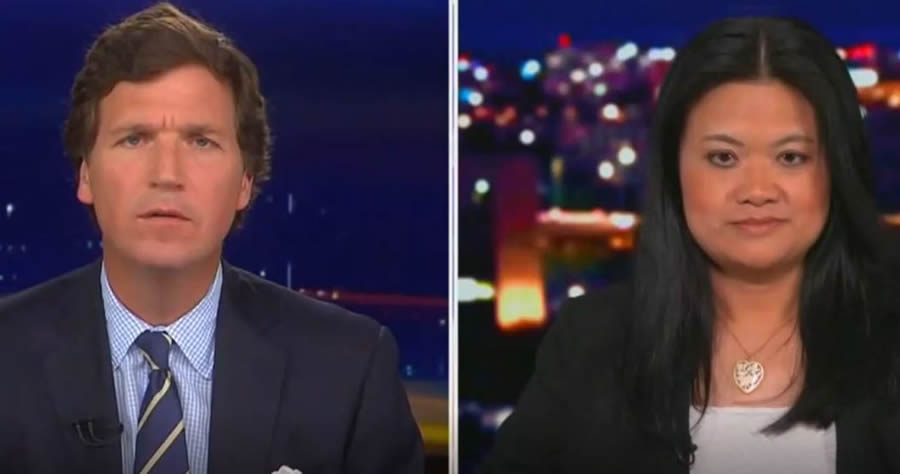 Fox News host Tucker Carlson and author Ying Ma discussed the “lie” that “Republican racists” are behind a recent rash of violence against Asian-Americans.

Reports of hate crimes against Asian-Americans have risen significantly since the onset of the COVID-19 pandemic, a problem Carlson said President Joe Biden linked to “white supremacy” in a Thursday speech segment he played on Friday night’s edition of “Tucker Carlson Tonight.”

“So again, Joe Biden is tying these crimes, which are real, to the right,” Carlson said. “He is saying anyone who talks about where the virus came from, talks it may have escaped from a lab, is abetting violence against Asian-Americans, that’s why they are being attacked. But it’s a lie. The attackers don’t look like Trump voters, necessarily.”