Is Secretary of State Blinken that incompetent or is he deliberately screwing up? Family ties to Soros may explain a lot. 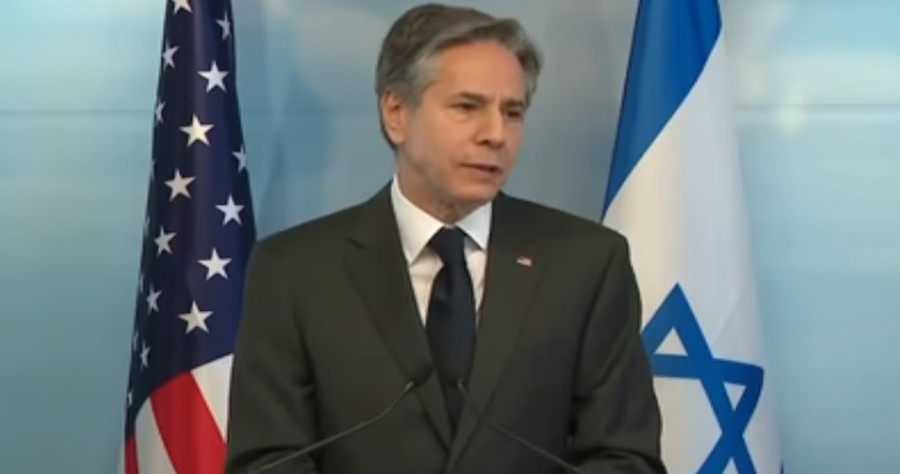 It seems like everything comes back to George Soros. Since Biden was inaugurated in 2021, our foreign policy has been one abject disaster after another, now completely exposed by the debacle taking place in Ukraine.

While we saw four years of “mean tweets,” we also did not see the type of turmoil currently taking place across the globe. And a lot of that turmoil can be traced back to Secretary of State Antony Blinken.

Let’s examine Blinken’s record in about 14 months. Afghanistan? A total disaster. Thirteen dead U.S. service members, $84 billion worth of military equipment left behind for the Taliban and the US with our collective tails between our legs was the biggest military and foreign policy blunder in American history.

The worst part is it was completely unnecessary.

Now, Blinken is involved with trying to work out a nuclear deal with Iran, an ill-advised exercise which will put our greatest Middle East ally, Israel, completely under the gun, and which will likely lead to a number of countries pursuing nuclear weapons in the Middle East. It will also pose an existential threat to the United States homeland.

Where Donald Trump had negotiated a number of deals under the “Abraham Accords” which saw Arab countries signing peace agreements with Israel, Blinken and his leader Joe Biden will likely see those same countries pursuing nuclear weapons to offset what Iran is surely planning to do once they get their nuclear deal.

To make matters worse, the Biden administration is using Russia to negotiate the deal with Iran. There is no sane reason for the United States to pursue this deal…none.

As Gateway Pundit notes, it isn’t just our foreign policy that is an abject disaster. Our southern border, or what is left of it is wide open, with hundreds of thousands of illegals crossing it per month.

Is this administration merely incompetent, or is it something far more egregious? Is all of this intentional? This brings us to George Soros and Antony Blinken’s ties to the Hungarian-born socialist who is hell-bent on destroying our country.

According to former Senior Advisor for National Security and Foreign Policy under President Trump, Ric Grenell, much of this can be traced back to Soros.

“Former President of Albania Sali Berisha’s corrupt acts undermined democracy in Albania. I am publicly designating Berisha and his immediate family members as ineligible for entry into the United States. We remain #UnitedAgainstCorruption with our partners in Albania.”

Former President of Albania Sali Berisha’s corrupt acts undermined democracy in Albania. I am publicly designating Berisha and his immediate family members as ineligible for entry into the United States. We remain #UnitedAgainstCorruption with our partners in Albania.

In response in November 2021, Grenell authored an article published by the ACLJ. As Gateway Pundit notes, Berisha is widely recognized as a man who stood up against communism in that formerly communist country. There seemed to be no basis for Blinken writing this tweet. This is where the ties between Blinken and Soros and his Open Society come in. Grenell wrote:

Berisha has slammed the actions by the State Department as the work of radical left billionaire George Soros and his Open Society, an organization that claims to promote transparency and human rights in the Balkans. The ACLJ and our international affiliate, the European Centre for Law and Justice (ECLJ), have been exposing Soros’s outsized, radical—and what some might call corrupt—influence on the world stage.

Congressman Lee Zeldin (NY-1), a member of the House Foreign Affairs Committee, recently confronted Secretary Blinken on his sudden sanctioning of Berisha. Secretary Blinken conveyed little confidence when asked for justification, stating “I don’t have anything to share.” While Blinken offered platitudes of follow-up for the Committee, no such information, or evidence, has been submitted. The circle-back saga continues.

At present, the only evidence we know of is Berisha’s staunch opposition to Soros’s political interference, which Mr. Berisha has decried as circumventing the rule of law and informal influence over the entire Balkans region. Mr. Berisha himself in 2017 called on major governments to investigate Soros’s role in regional politics and went so far as to encourage others to declare Soros “non-grata.”

Secretary Blinken now faces a new challenge to his authority in the form of international courts. Last week, the Correctional Tribunal of Paris announced that it would hear Berisha and his claim that Blinken has defamed his reputation by declaring him persona non-grata.

And Berisha has a point. These U.S. travel sanctions that Blinken has used against Berisha are typically a move reserved for some of the world’s most blatant, evidence-backed violations of international norms and human rights, including that of the likes of Russian oligarchs. Yet Berisha has been a friend to the U.S. and has even been hosted by both Presidents Bush.

Hmmm. Interesting. Many people have thought that Biden and his incompetent assortment of hacks and buffoons in his administration were deliberately trying to destroy our country and the American way of life.

We know Soros wants to do exactly that. The fact that Blinken’s parents are so closely tied to Soros and his Open Society explains quite a bit. Could Blinken actually be that much of an incompetent tool? Possibly.

Then there is the possibility that all of this is being done deliberately. It actually explains a lot.