‘It would be a tragedy if this woman won the presidency,’: Zelensky’s Former Press Secretary [VIDEO] 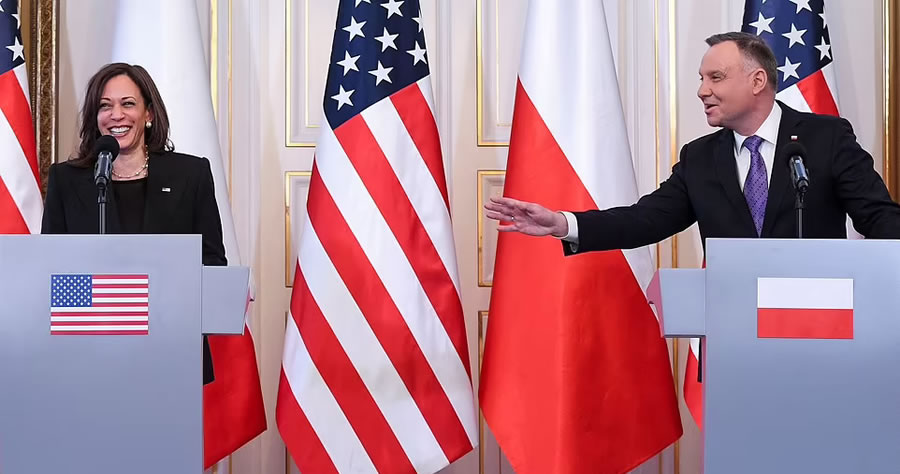 Volodymyr Zelensky’s former press secretary tweeted then deleted a post on Thursday saying it would be a ‘tragedy’ if Vice President Kamala Harris were to one day be president after she laughed through questions at a press conference in Poland about the refugee crisis in Ukraine.

‘It would be a tragedy if this woman won the presidency,’ Iuliia Mendel, who served Zelensky’s administration from June 2019 until July 2021, wrote on Twitter before quickly deleting the post.

This was in response to Vice President Kamala Harris suffering an embarrassing moment on the international stage on Thursday, during a press conference with the president of Poland in Warsaw.

Each time a question was asked by a reporter, the vice president appeared uncertain who was expected to answer first, even though the question was directed to her.

But after a reporter asked Harris a question about Ukrainian refugees and also a follow-up question to Polish President Andrzej Duda, Harris was surprised when Duda looked at her expectedly to answer first.

“OK,” she said awkwardly, pausing and looking down at her notes.

“A friend in need is a friend indeed,” she continued, bursting into laughter and gesturing to Duda to answer.

Harris was referring to Duda citing her quote earlier in the press conference.

“As Madame Vice President remarked today, a friend in need is a friend indeed,’” he said prior to her comment.

Duda did step in to save Harris from her awkward moment, but it was unclear why Harris faltered when asked about the United States’ commitment to Ukrainian refugees. 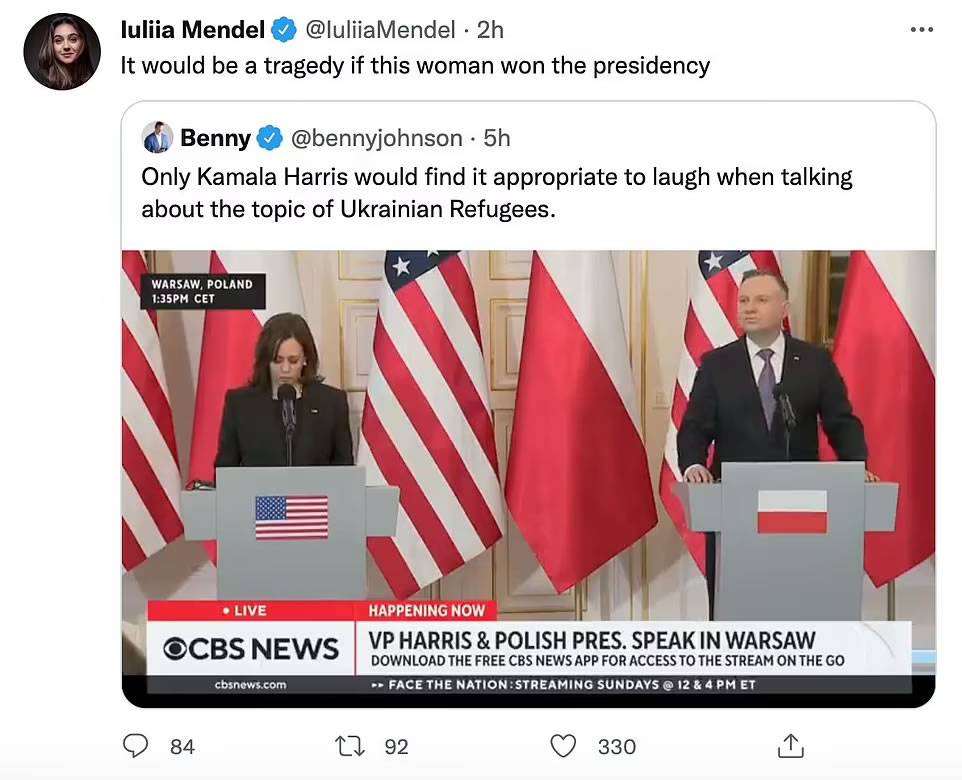 Zelensky’s former press secretary Iuliia Mendel, who served from June 2019 until July 2021, said Thursday it would be a ‘tragedy’ if Vice President Kamala Harris became president