‘It’ll get weird since your brother…’: Ilhan Omar Attacks Christian Worshipers On A Plane 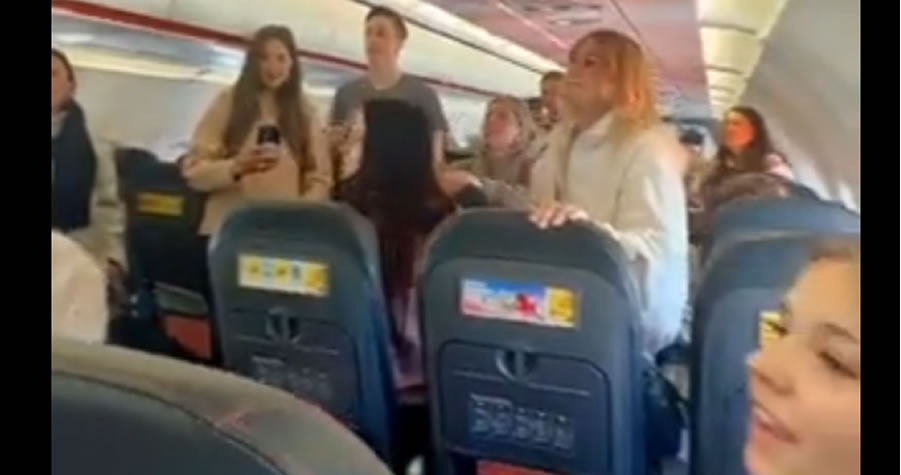 Over the weekend Twitter user posted a video showing a number of Christians singing on an airplane. It was assumed it was for Easter Sunday, but given the lack of masks, it was unclear when the video was actually taken. The flight also could have been international, where many airlines have dropped mask mandates.

Regardless, Democratic Congresswoman Ilhan Omar decided to comment on it and criticized the public prayer.

I think my family and I should have a prayer session next time I am on a plane. How do you think it will end? pic.twitter.com/5696Erwsl5

Omar’s invocation of her family to criticize worshippers didn’t go over well, especially given she married her brother in order to commit immigration fraud.

It'll get weird since your brother is also your husband.

Well, you know the saying…
“The family that prays together stays together”

You and your husband brother certainly took that to a whole new level @IlhanMN 💍 https://t.co/pIU7WdzOTx

Qatar – a country you’re very familiar with – plays Islamic prayers on the intercom before takeoff on their planes. They have a designated prayer area & coordinates for Mecca are posted on the screens.

It’s no problem. The issue is you hate Christians & Jews & lots of Muslims. https://t.co/wBX1ycl5nv

I spent decades flying in the Middle East. We weren’t even allowed to bring Bibles into the countries or worship. This sort of impromptu singing would turn into arrests and imprisonment. I’ll celebrate our freedoms here. You do you. @IlhanMN