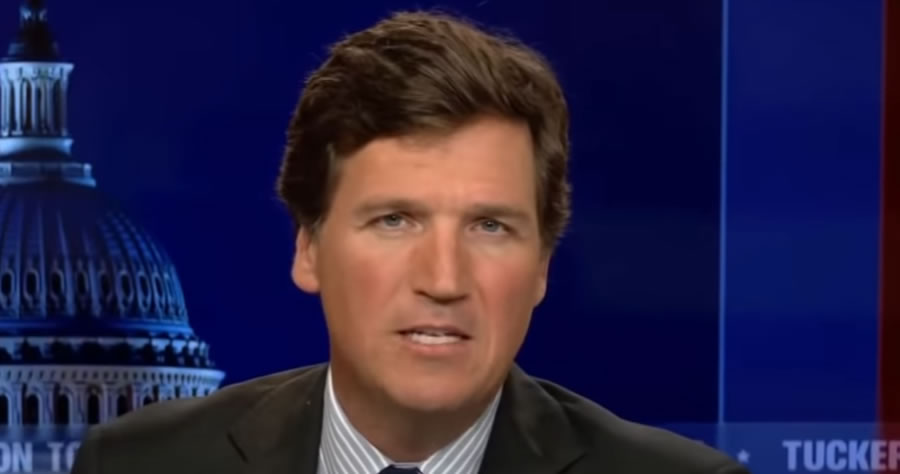 After an absolutely explosive day of Senate testimony on Capitol Hill, Tucker Carlson came out on his nightly show and delivered a knockout blow to the corrupt DC Swamp, slamming the DOJ for its “clear role” in the January 6th “Fedsurrection” and calling out Pelosi’s sham 1/6 commission for their sudden defense of suspected-Fed and notorious 1/6 catalyst Ray Epps
“It’s been clear for a while now that the department of justice probably had some role in the events of January 6th – it’s obvious. And after hearings on Capitol Hill today it became even clearer.”

During his latest must-watch segment, Carlson highlighted Senator Ted Cruz’s pointed exchange with FBI National Security Branch Executive Assistant Director Jill Sanborn, blasting her for refusing to answer several simple, straightforward questions about the Government’s involvement in 1/6.
The shocking lack of answers all but served as a confirmation that federal agents were actively participating in the events on 1/6.

Sanborn cannot even answer Cruz when he asks point-blank if any Federal agents “committed any crimes of violence,” which – as Carlson correctly points out – is something that should be easily deniable.

Her weak answer was just not good enough, and according to Carlson, Sanborn should be forced to answer the question immediately.

“Cruz asked, quote: ‘did any FBI agents or FBI informants commit crimes of violence on January 6th?’ The obvious answer is ‘are you kidding? Come on now, of course the FBI isn’t secretly committing crimes of violence – that’s insane! we are a federal law enforcement agency, we’re not the Tonton Macoute. Next question please.’

That’s what Jill Sanborn should have said, but that’s not what she said. instead she replied, quote: ‘I can’t answer that.’

But of Course Jill Sanborn can answer that – and she should be forced to answer that immediately – no sources or methods would be revealed, just answer the question – did they participate in violence or not? why is that hard?

It tells you alot.”

“[Epps] He wasn’t just someone who was there – he was maybe the central figure there. And yet Democrats, for reasons that aren’t at all clear, suddenly seem highly protective of Ray Epps. They don’t want you to criticize him.

Adam Kinzinger described Ray Epps today as, quote: ‘nothing but a January 6th protest attendee.’ – Really? nothing but an attendee? He is of course the opposite of that. Of everyone there, Ray Epps is the one you should be maddest at – if you are the democratic party – and yet they’re telling you he was just an attendee – not an insurrectionist, not a terrorist – just an attendee.”

It's clear the DOJ had some role in the events of January 6 pic.twitter.com/aR8SaiNZoU