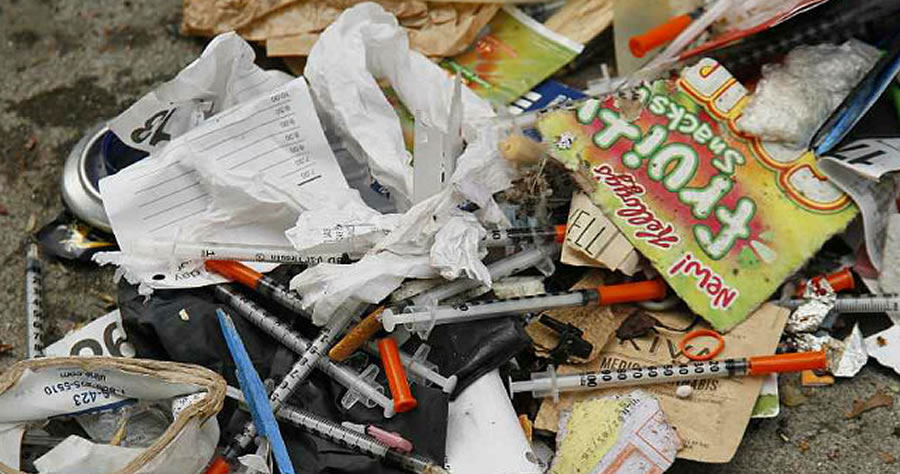 A homeless man and self-proclaimed “old-school junkie,” James, reportedly moved from Texas to San Francisco, California, because “it’s f*****g easy” to get money and food stamps from the city, and it pays for him to have Amazon Prime and Netflix on his phone.

James said it “only took one phone call to receive government assistance,” which allows him to receive $620 cash per month and about $100 in food stamps, according to an interview he had with Michael Shellenberger, author of San Fransicko. The homeless man, who gets enough money from the government to enjoy Amazon Prime and Netflix on his phone and sell Narcan, indicated that the “free money” is the motivation to remain homeless.

The Daily Mail reported that the interview between James and Shellenberger was conducted while San Francisco’s homelessness and drug problems were getting worse during the coronavirus pandemic. James told the author that the city’s homelessness and drug problem has gotten incredibly “disgusting” due to drug dealers dishing out impure substances making users overdose. However, the homeless man also alleged police officers have neglected to arrest foreign-born dealers and are “paid with fentanyl.”

“I’ve talked to the cops here. ‘I’m literally 10 feet away from the drug dealers talking to you guys, why don’t you go arrest them right now?’” James said. “And they’re like, ‘arrest them for what?… San Francisco is a sanctuary city. We arrest the Hondurans and we put them in jail, they’re out two days later.’”

James claimed that when Breed announced her Tenderloin Emergency Intervention plan — which opened up a “linkage center” to connect homeless addicts to rehab facilities — was a way to get police officers to be more aggressive and “less tolerant of all the bulls*** that has destroyed our city.”

“I can take you to a dead body right now,” the homeless man told Shellenberger during their interview, trying to explain how bad the fentanyl-fueled opioid epidemic is in San Francisco. “People are stupid out here. They f*****g use alone. They’ll f*****g get a big bag of fentanyl and they’ll get a different batch and they’re by themselves and …. Nobody’s going to f*****g find you for days.” 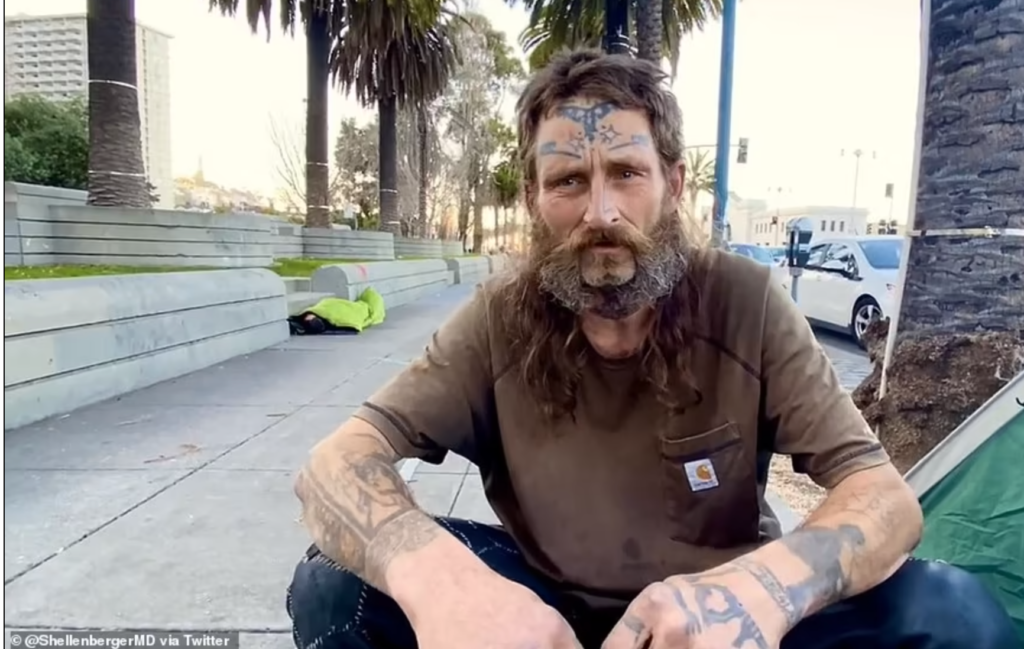 James, self-proclaimed’ old-school junkie’ who moved from Texas to San Francisco because ‘it’s f*****g easy’ to be homeless there, claims he’s being paid by the city government to be homeless on the streets, getting $620 in cash per month and hundreds of food stamps while he sells Narcan and enjoys Amazon Prime and Netflix on his phone.