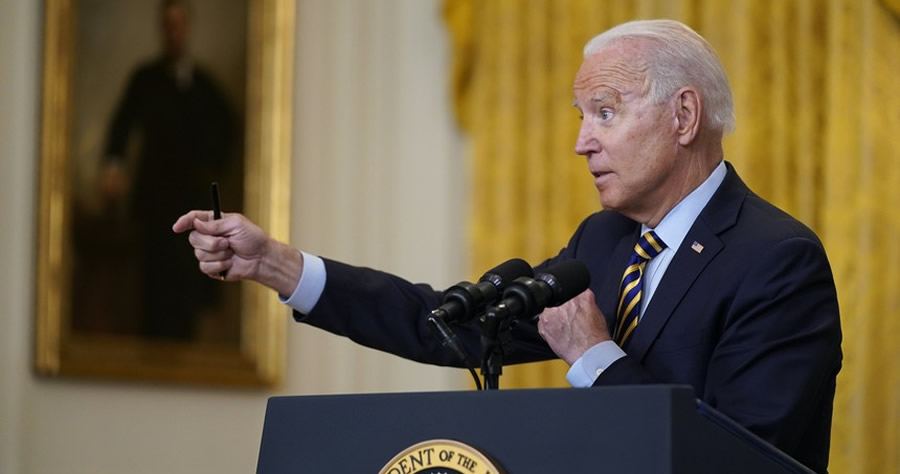 The “F Joe Biden” movement has become a national movement, showing up from college football games to protest marches, making it to concerts and onto live television.

It’s even become so popular, it produced its own spin-off chant — Let’s go, Brandon — in part because of the refusal of an NBC reporter to acknowledge that the crowd in the stands were actually shouting “F**k Joe Biden.”

When the chant broke out while Kelli Stavast was interviewing the winner of that day’s NASCAR race, Brandon Brown, Stavast claimed they were saying, “Let’s go, Brandon.” A meme was born, perfectly encapsulating not only the disgust with Joe Biden but with the fake media as well. That chant has made it to protests against Joe Biden and even was flown by a plane over an Auburn game, as well as the Trump rally in Iowa.

But now the FJB chant has gone international.

We reported on the massive anti-vaccine mandate protest over the weekend in Rome on Saturday. They came out against requiring the “Green Pass” in order to be able to work, for both public and private workplaces.

Employers and employees can both face fines if they don’t go along with this, and public workers can be suspended if they show up for work five times without the pass. Italy had already been requiring the pass to enter museums, theaters, gyms, and indoor restaurants, and take long-distance trains and buses or domestic flights.

🇮🇹🇺🇲 Protesters in Rome chant "Fuck Joe Biden" as they march past the American Embassy 😅👊 pic.twitter.com/mxAkastFtW

Now, it’s officially gone international, so you know it has real legs. But he’s become a symbol even to folks overseas of authoritarianism that needs to be called out. It’s a sign that not only is he suffering rightly in the polls here, but people overseas don’t like him either. And you know he isn’t going to like this.

Here’s a great collection of some of the other recent “F Joe Biden/Let’s go, Brandon takes” from MRC.

The trend continues! Chants and signs of "Let's go Brandon!" have joined the trend of "F*** Joe Biden!" chants across college stadiums. pic.twitter.com/ayVi3dIFAT