Ivanka and Jared Kushner Did Not Believe Election Was Stolen, Abandoned Trump in Final Days 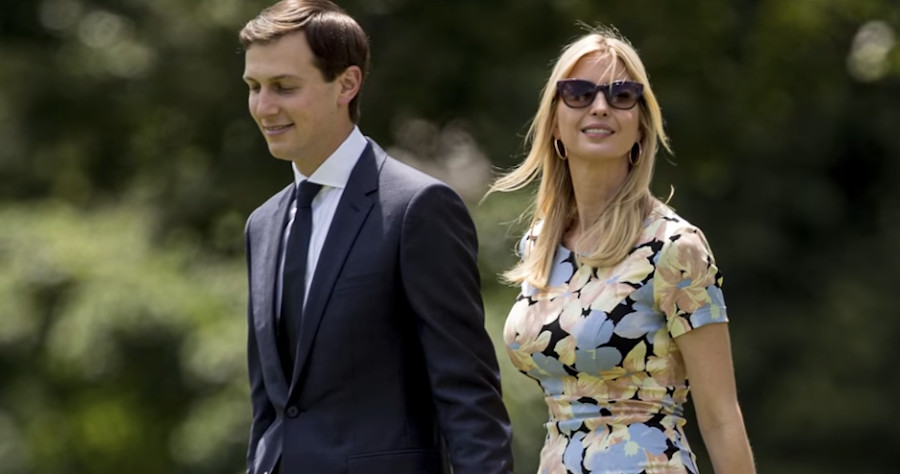 Jared Kushner’s interest in Florida real estate and Middle East peace in the last days of 2020 coincided with his own doubts about his father-in-law’s insistent claims that he won the election, a new book reveals.

Kushner was an influential advisor inside the Trump White House, with he and his wife Ivanka Trump both often cast as using their unpaid roles as as calming influences.

But Kushner was notably absent during critical periods in the last days of the Trump White House that included the president’s effort to overturn the election – and he was overseas when a mob stormed the Capitol following Trump’s appearance at a ‘Stop the Steal’ rally.

On Nov. 5, 2020, within 24 hours of Trump first publicly proclaiming on election Kushner turned to Ivanka and told her, ‘We’re moving to Miami, according to the book, The Divider: Trump in the White House, 2017-2021, by New York Times reporter Peter Baker and New Yorker reporter Susan Glasser.

According to the book, Kushner came up with a two-to-one formula for packaging bad news that had to be delivered to Trump in meetings or calls. He would balance out the bad news with at least two pieces of good news, sources told the authors.

But when it came to denying Trump’s election defeat, Kushner opted to decamp out of Washington altogether rather than sugar coating the bad news that came in a series of court rulings and certifications by state legislatures.

He considered lawyer Rudy Giuliani’s involvement in the overturn effort a ‘red flag,’ according to the book. ‘But instead of fighting Mr. Giuliani for Mr. Trump’s attention, Mr. Kushner opted out entirely, deciding it was time to focus on his own future, one that would no longer involve the White House,’ the authors write.

They ended up buying a $32 million mansion in Miami within weeks of Kushner’s pronouncement.

‘No matter how vociferously Mr. Trump claimed otherwise, neither Mr. Kushner nor Ivanka Trump believed then or later that the election had been stolen,’ according to the book, which cites people close to them.

The senior advisor didn’t stop work entirely, although he did find time to pen a 40,000 word draft of a memoir during a two-week period after the election.

To assist in the effort he took an online class with novelist James Patterson, who co-wrote a thriller with former President Bill Clinton.

Marc Short, who was serving as chief of staff to Vice President Mike Pence, tried to enlist Kushner in the effort to walk back Trump, who was demanding Pence not accept votes certified by states.

‘Look, can you help us with this?’ Short reportedly asked him.

‘Look, when Rudy got involved, I stopped being involved,’ he responded, saying Pence was a ‘big boy.’

That included final touches on what became known as the Abraham Accords, the effort to resume travel and commercial ties between Arab nations and Israel.

He also worked to smooth a conflict between Saudi Arabia and Qatar.

The House Oversight Committee has launched an investigation into a Kushner business deal that emerged after he left the White House, when the real estate investor was able to obtain a $2 billion investment from a Saudi Arabian sovereign wealth fund.

According to the authors, Jared and Ivanka’s decision to move ‘opened a vacuum’ that other figures, including former New York Mayor Rudy Giuliani and ‘Kraken’ lawyer Sidney Powell, exploited, with historic consequences.

It left those pushing the overturn effort without a ‘counterweight.’

During those critical weeks, he also provided assurances to then-Senate Majority Leader Mitch McConnell, who would denounce Trump after the riot.

‘We’ll get through it, bear with us,’ he told Josh Homes, a former aid key figure in McConnell’s orbit.

‘We’ve got a couple of challenges that have some merit, we’ll see how they go, but there’s a pretty good chance we come up short,’ he predicted, predicting the effort would end after Dec. 24 when the Electoral College met.