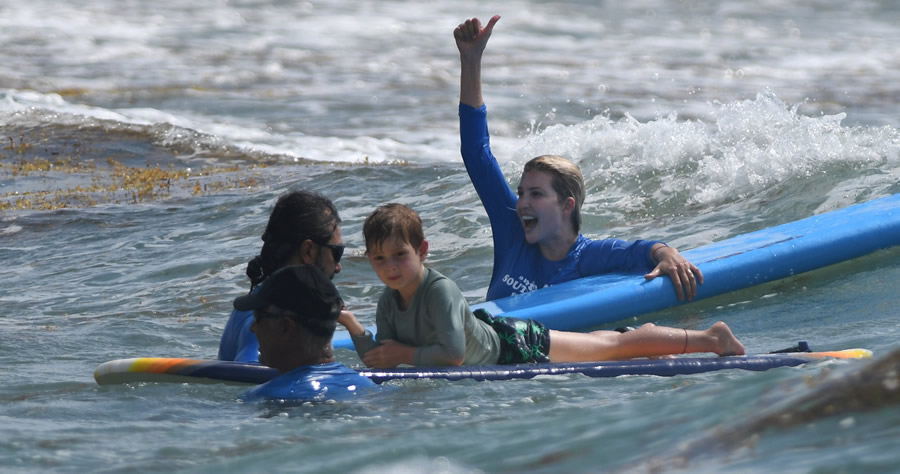 Ivanka Trump and her brood caught big waves on Sunday, as the former first daughter surfed her way through Mother’s Day in Miami.

Trump, 39, and her children, Arabella, 9, Joseph, 7, and Theodore, 5, hit the shores for private surfing lessons, with the businesswoman working with an instructor and her three kids learning techniques of their own nearby.

In blue and black surfwear, Trump was seen cheering on Arabella, Joseph and Theodore during a break from hitting the board herself.

At one point, it appeared the former White House employee was worried she had accidentally hit one of her sons with her board, but no one was injured. 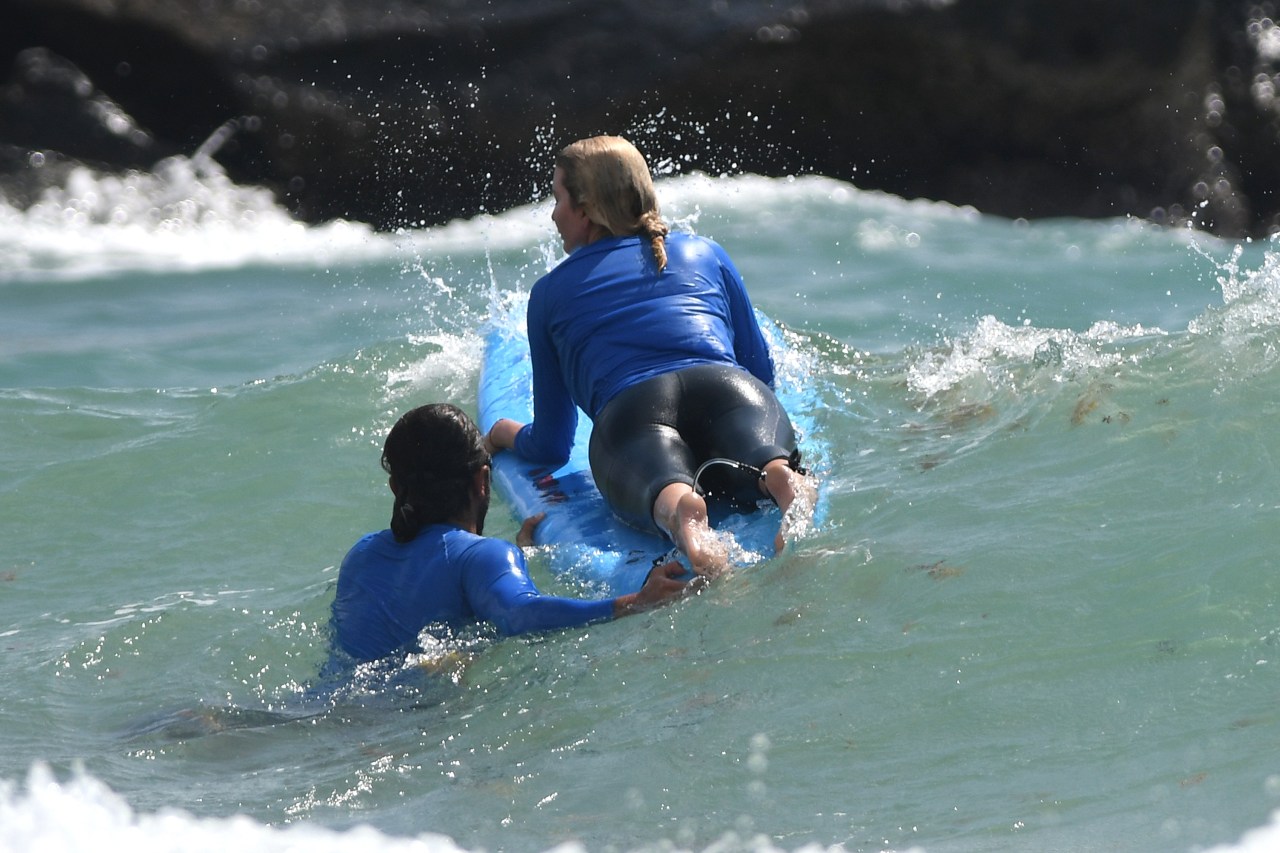 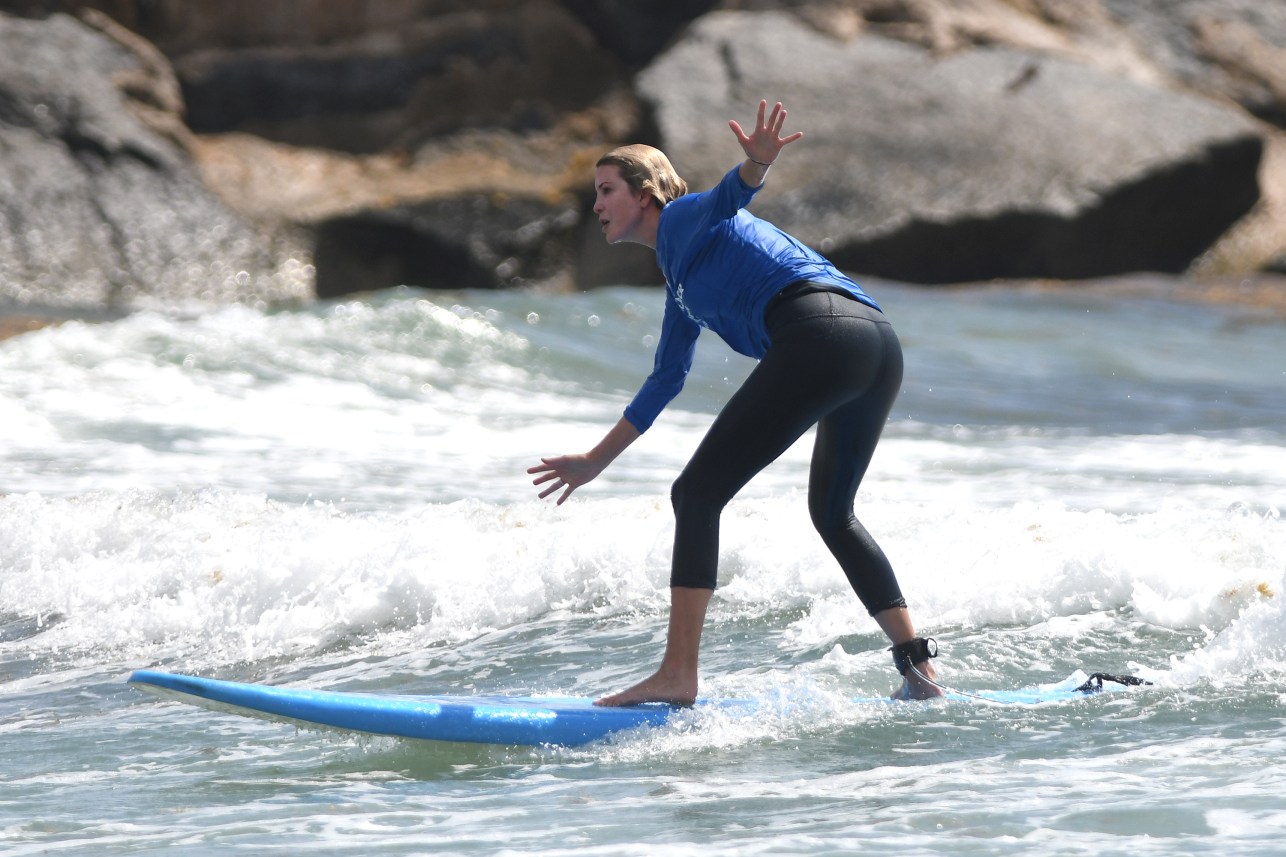 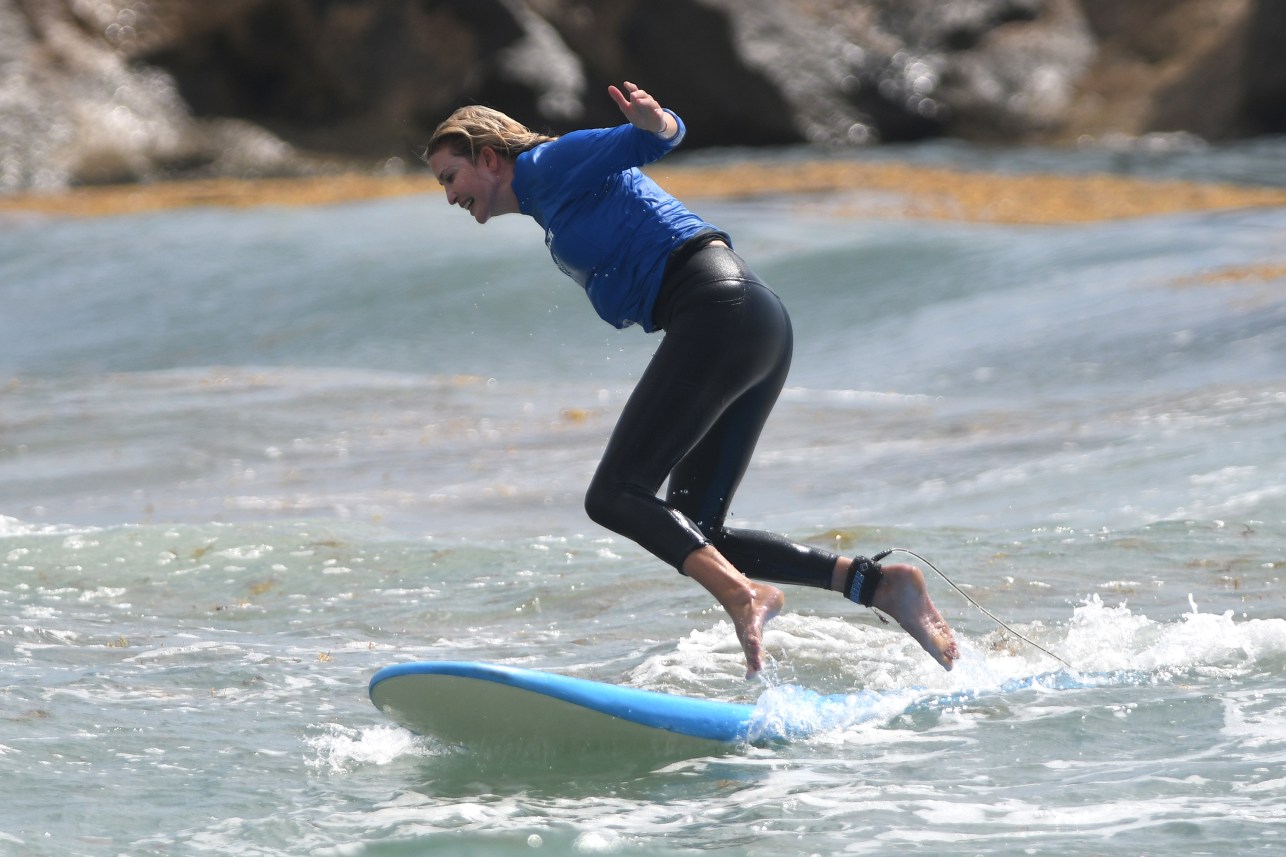