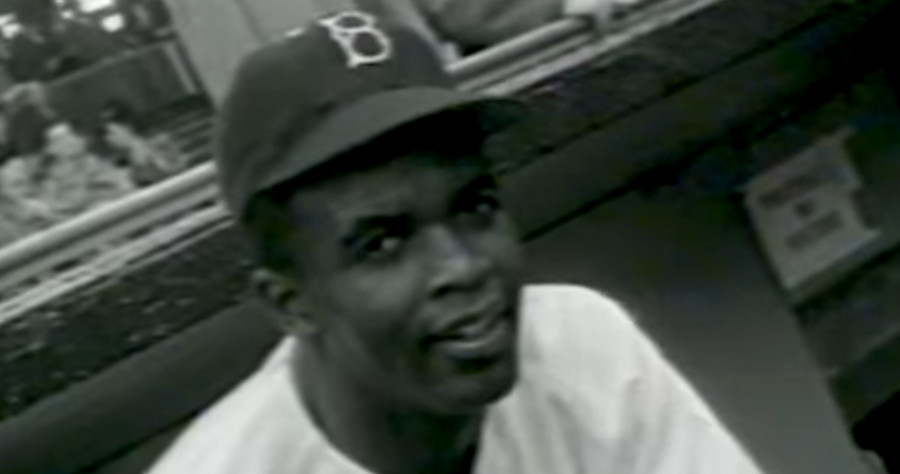 April 15, 1947, is the continental divide of baseball, I wrote in The Sporting News 10 years ago. All things that came before flow one direction, all that have come afterward flow another.

On that day 75 years ago, Jackie Robinson made his major league debut in Brooklyn, breaking baseball’s color barrier.

One man, alone, as columnist Dave Kindred would describe him in The Sporting News 50 years later.

To Robinson, that cloudy, chilly opening day was no big deal.

“Just another ball game,” he told The Sporting News.

OK then. Jackie took an oh-fer that day, but let the record show that he scored the winning run.

But also that he made history, too.

Number 42 broke baseball’s color barrier and set a new course for the game.

By 1953, five Black men had been named rookie of the year.

Negro league stars like Larry Doby, Satchel Paige and Monte Irvin got a shot at the bigs.

Jackie? He was the National League MVP in 1949. In ’55, he and a handful of Black teammates led the Dodgers to their only World Series win in Brooklyn.

The game … was changed.

Maury, Lou and Rickey ran. Bob Gibson, a former Harlem Globetrotter, was such a good pitcher they changed the rules because of him. Frank Robinson won two MVPs — and then he became a big league manager.

Hammerin’ Hank hit so many homers he passed the Babe. Never mind the death threats along the way.

The course of history … was changed (if sometimes grudgingly).

On July 21, 1959, more than 12 years after Robinson’s debut, Pumpsie Green took the field for Boston, making the Red Sox the last major league team to integrate.

Jackie Robinson had retired two years earlier, in January 1957. The Sporting News offered this lament: “How much greater a career it might have been if Jackie … had started professionally at a more normal age, no one will ever know.”

Across a dozen years and flowing through to today, a flood of talent unleashed by Robinson’s bravery inundated and invigorated baseball.

Before you knew it, the kids of Black major leaguers were in the majors themselves.

“It was my way of saying thank you,” Junior said.

On that 50th anniversary of “just another ball game” unlike any other, baseball declared: No major leaguer would ever be issued No. 42 again.

Now on the 75th anniversary, as on every April 15, Jackie Robinson Day, every major leaguer in every game will wear that sacred No. 42.

You see, they didn’t just retire his number, they cemented his legacy.

Today, we recognize the headwaters from which a river still flows.

In June 2012, The Sporting News, which has covered baseball since 1886, ranked the top 10 stories that shaped “the game we love.” Jackie Robinson breaking the color barrier was No. 1.

Jack Roosevelt Robinson was inducted into the Hall of Fame in 1962, his first year of eligibility. “Today, everything is complete,” he said, according to TSN. At his insistence, Robinson’s original Cooperstown plaque recognized him only for his playing ability.

But in 2008, the Hall unveiled a new plaque for Jackie. It closes with these words: He “DISPLAYED TREMENDOUS COURAGE AND POISE IN 1947 WHEN HE INTEGRATED THE MODERN MAJOR LEAGUES IN THE FACE OF INTENSE ADVERSITY.”