Jada Pinkett-Smith Made TikTok Video Only SIX DAYS Before Oscars: “I don’t give two craps what people feel about this bald head of mine” [VIDEO] 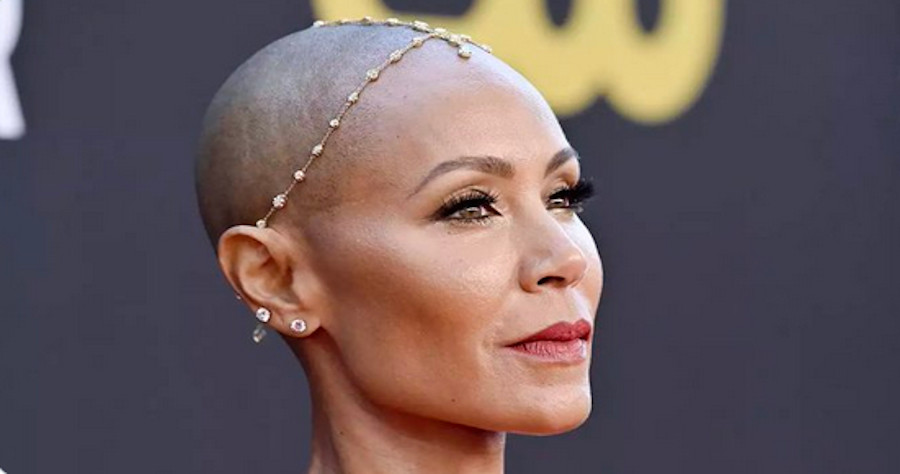 On Sunday night Will Smith (allegedly) slapped comedian Chris Rock (many on social media believe it was staged) for making a joke about his wife’s bald head.

Initially, Will Smith appeared to laugh at the joke, as well as a preceding joke about his wife’s infidelity in their marriage. Then, he approached Chris Rock on stage and slapped him across the face.

“Maze” tweeted about Pinkett Smith’s overreaction to Rock’s joke, considering “less than two weeks ago, Pinkett Smith wore an alleged $46,000 worth of diamonds on her head to an awards show,” pointing out that Pinkett Smith was intentionally calling attention to her bald head.

Less than two weeks ago Jada Pinkett Smith wore $46,000 worth of diamonds on her head to an awards show.

She is not battling cancer. She is a rich celebrity who does not shy away from calling attention to her hair loss. There was nothing wrong with that joke. pic.twitter.com/G4EbNuOd7g

But it gets better…

Only six days ago, Jada Pinkett Smith posted a video of herself on TikTok explaining that she has “learned to get the courage” to say she doesn’t care what people say about her bald head. “Which is why I feel the freedom today—I don’t give two craps what people feel about this bald head of mine,” adding, “because guess what? I love it!”

Just found something highly ironic…a clip of Jada Smith from a interview 6 days ago posted on her tiktok about her hair. I don’t think anyone was in the right but fuck Jada Smith honestly 😂 #WillSmithAssault pic.twitter.com/bqTadCec1Y

Pinkett Smith’s hypocrisy doesn’t end with her hair; she also boycotted the Oscars in 2016 because they were “too white.” This year, however, she was able to find her way to Hollywood’s self-congratulatory awards show, as he husband, Will Smith, was all but guaranteed an award for “best actor” for his role as “Richard Williams” in the movie “King” Richard.”

This year wasn’t the first year comedian Chris Rock made a joke about Pinkett Smith. He called her out for boycotting the awards show in 2016: