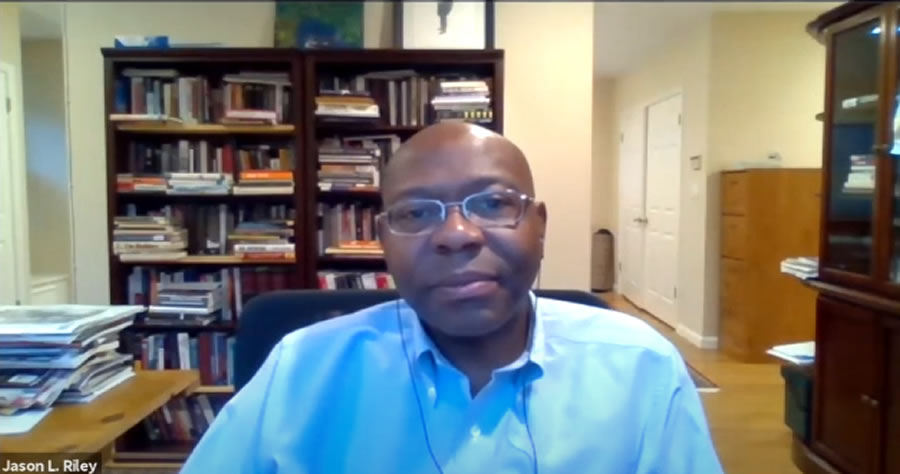 I’m a journalist. I’m part of the frequently-disparaged mainstream media–elite mainstream media, in fact. And, I think part of the problem we have today is in how our coverage of these racial issues is taking place. Part of that has to do with social media today and the ability of things to go viral, things that are rare to be presented as commonplace. And, we can talk about some examples of that, obviously.

But, by and large, I feel very blessed to live at a time in America where there have never been more opportunities for minorities, for blacks, and others.

I think that’s manifest: the fact that immigrants are still–currently, as we speak–on the border trying to push their way into this country because they see opportunity here. They see a way to better themselves and their situation; and that continues. And so, again, the question is whether the people here are taking that advantage of the opportunities that do exist.

There is a preoccupation within the media of breaking down these encounters between blacks and the police by race without breaking down criminality by race. They want to talk about one without the other. And, I think that presents a very distorted view of what’s going on out there for the general public.