Jean-Pierre Touts Biden’s Decades Of Work On Gun Violence: ‘Isn’t That More Of An Indictment?’ [VIDEO] 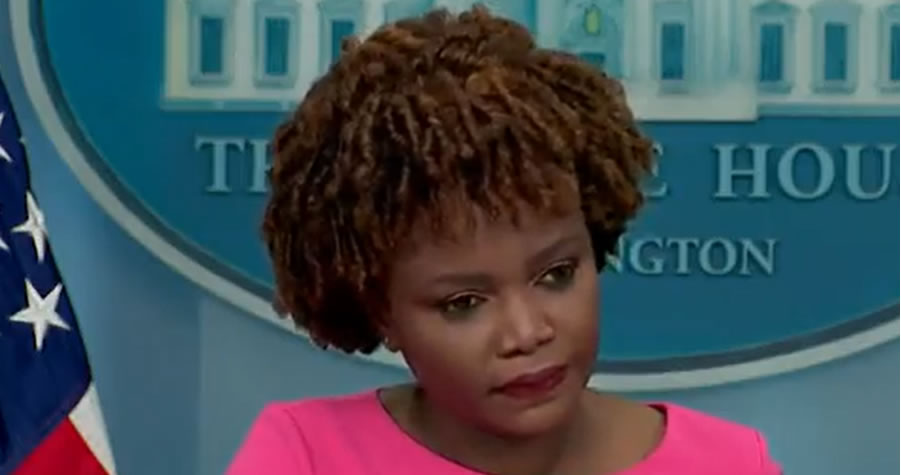 Shear pressed Jean-Pierre for specifics as he noted that, in spite of Biden’s years of work, the problem of gun violence did not seem to be getting any better.

“Isn’t that more of an indictment than it is a plus?” @shearm asks when @PressSec touts Biden’s four decades of work on gun violence. “It’s not being fixed. These things are happening over and over again.” pic.twitter.com/2TzxEYGabn

“You talk a lot about outrage, you talk a lot about — that he wants Congress to act, you talk a lot about the emotion. I was in this room, I think a lot of the other people — the people here were too when President Obama cried at that very podium hours after the Newtown shootings,” Shear began, asking why Biden was not simply dropping everything and vowing to do whatever it took to get something done.

“There are people out there, I saw several of them on TV today, who say this president needs to do more than all of that,” Shear continued, saying that many would like to see Biden declare a national emergency and create task forces, among other things.

“He needs to say he’s not leaving this building, he’s – cancel his vacations, tell Congress, you know, members of Congress to get in a room and not leave until they got a solution,” he added. “And not accept the sort of half measures that you know are sort of being offered. So I guess the question is why isn’t he doing any of that?”

Jean-Pierre said that Biden had already declared gun violence to be a public health emergency, and then pivoted to tout his long record of work on the issue.

“This is a president who has been working on gun violence, gun reform, comprehensive gun reform, since he was a senator, and he also was there as you’re talking about what President Biden I mean, President Obama had to deal with. He was there. He was his partner in that and took on that portfolio of dealing with gun violence, he was there at the table,” she said.

“But isn’t that more an indictment than it is a plus to say that the current president has been involved in this for more than, you know, more than — for decades, and it’s not being fixed. These things are happening over and over,” Shear pushed back.