Last Show: Jeanine Pirro Signs Off As Her Show ‘Justice’ Comes To An End [VIDEO] 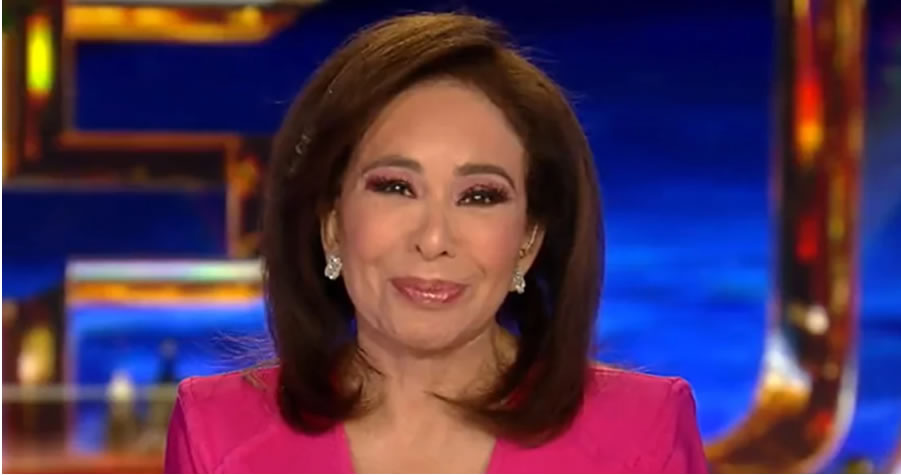 It is the end of an era at the Fox News Channel as “Justice” with host Jeanine Pirro has signed off for the last time.

Pirro has given up her weekly show to become a host on the very popular daytime program “The Five” alongside co-hosts Jesse Watters, Dana Perino and Greg Gutfeld.

The move to “The Five” shows how Fox News views Pirro as a popular voice among its audience who wants to see more of her.

But the move is bittersweet for Pirro as she said goodbye to her weekly audience for the last time on Saturday.

“Eleven years ago, “Justice with Judge Jeanine” began, hosted by a former prosecutor, judge and D.A. sitting not in a courtroom with armed deputies, but instead in a studio armed with teleprompters, monitors and a dedicated staff and crew. The mission was a familiar one: finding truth and justice — the jury bigger, though. In fact, a national one, thus bringing you truth, justice and the American way. Each and every week, we watched events unfold in America together through the lens of this studio. When we started this journey, we were all a bit younger, but not as wise as we are now. We were certainly more optimistic,” she said.

JUDGE JEANINE’S FINAL OPENING STATEMENT: “I will continue to fight for all of you, make my views known and fight for the America that we all know and love. I’ll be sitting there looking out for you as always and hopefully you’ll be there looking right back at me.” pic.twitter.com/k7GI46CdnN