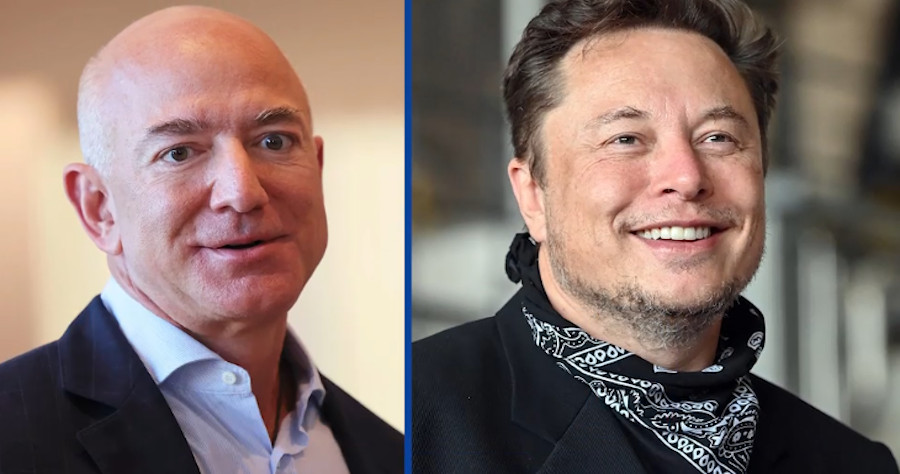 The Washington Post owner took aim at the only person in the world richer than him soon after Musk called his new $44 billion purchase “the digital town square where matters vital to the future of humanity are debated.”

“Interesting question. Did the Chinese government just gain a bit of leverage over the town square?” Bezos asked late Monday.

He shared a New York Times reporter’s tweet which noted how China was the second biggest market for Tesla, Musk’s pioneering electric car company that also opened its first overseas factory in Shanghai.

Twitter is blocked in China, giving it no leverage over the site — which the Bezos-shared conspiracy suggested could change under Musk.

Soon after getting thousands of reshares for his tweet, Bezos followed up by admitting he did not really believe it.

“My own answer to this question is probably not,” he added in a follow-up tweet that fetched fewer views.

“The more likely outcome in this regard is complexity in China for Tesla, rather than censorship at Twitter,” he said.

China’s foreign ministry also insisted on Tuesday that there was no basis to suggest Beijing could try to use leverage over Tesla in order to influence content on Twitter.

Musk’s currently the world’s richest person, according to Forbes which puts his wealth at $268 billion — nearly $100 billion more than second-place Bezos and his $171 billion.

However, Musk made clear Monday that he did not fear those criticizing his takeover of the site, which he vowed to restore to free speech principles.

“I hope that even my worst critics remain on Twitter, because that is what free speech means,” he wrote on his new site.

“Elon’s goal of creating a platform that is ‘maximally trusted and broadly inclusive’ is the right one,” Dorsey tweeted.

He said that “Elon is the singular solution I trust. I trust his mission to extend the light of consciousness.”