FBI Deputy Director Andrew McCabe’s last day at the bureau is supposed to be Sunday when his retirement and pension take effect — but he could be fired beforehand. 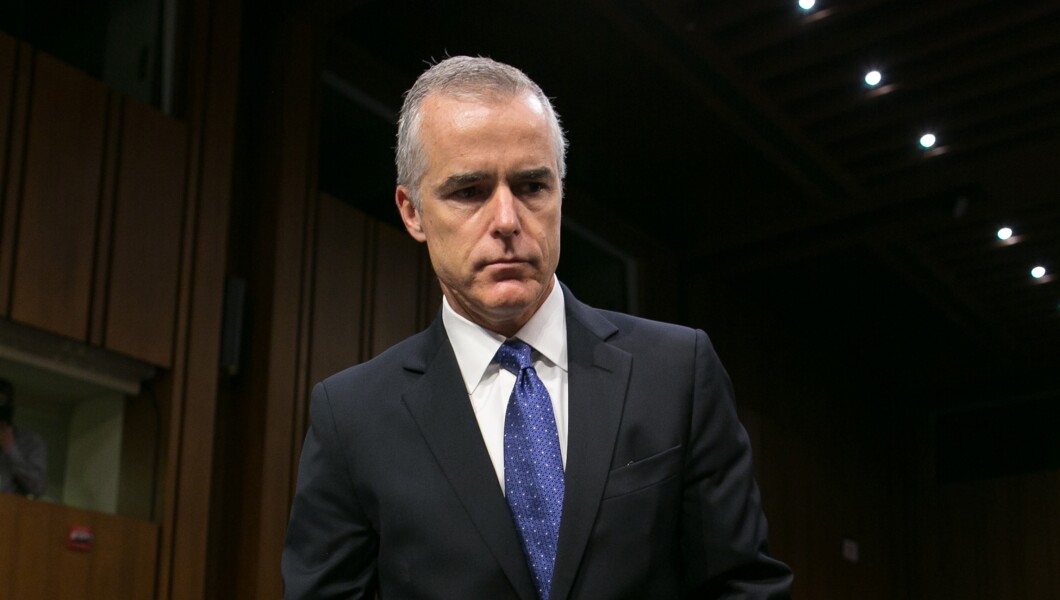 According to the New York Times, the department’s inspector general concluded McCabe was not forthcoming during the review about his decision in 2016 to allow FBI officials to speak with reporters about an investigation into the Clinton Foundation.

Not being forthcoming triggered an internal report, which was referred to the FBI’s Office of Professional Responsibility, where disciplinary recommendations are made.

The Justice Department declined to comment specifically McCabe would be fired before week’s end.

“The department follows a prescribed process by which an employee may be terminated,” said spokeswoman Sarah Isgur Flores. “That process includes recommendations from career employees, and no termination decision is final until the conclusion of that process. We have no personnel announcements at this time.”

Attorney General Jeff Sessions will make the final decision on whether to fire McCabe. If he did so, Sessions would jeopardize the 21-yer FBI veteran’s pension.

McCabe stepped down in January and went on “terminal leave” until he could retire and be eligible for full pension this month. The decision to step down was reportedly tied to a forthcoming watchdog report on how the agency handled the investigation in Hillary Clinton’s private email server.

McCabe has drawn the ire of both President Trump and Republican lawmakers for being biased because his wife took donations from a Clinton ally while running as a Democrat for a Virginia state Senate seat — though the FBI released internal documents earlier this year showing there was no conflict of interest for McCabe.

Kirsty is a news editor and content provider and has worked in the news industry for several years.

← FACEPALM: And The Idiot Sign Of The Day Goes To… #Clueless ← UNHINGED CNN Counterterrorism Analyst: ‘I Wouldn’t Stoop to Wipe My Ass’ With House Intel Report [VIDEO]