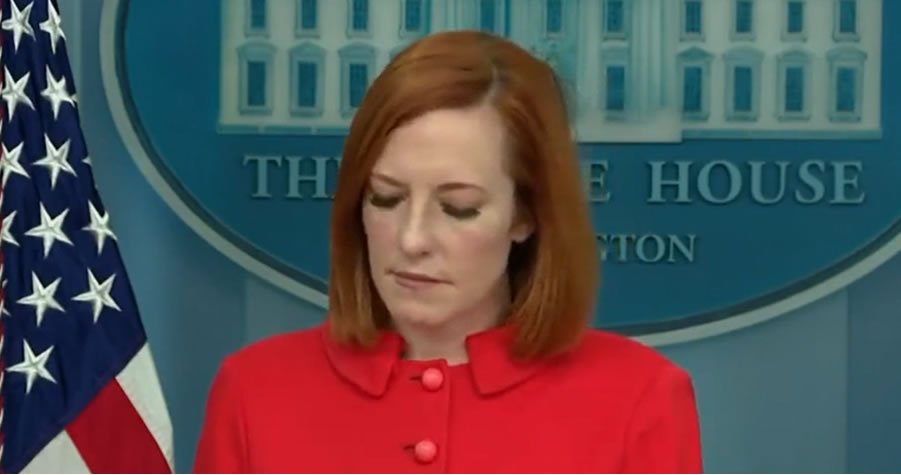 “We expect March CPI headline inflation to be extraordinarily elevated due to [Russian President Vladimir] Putin’s price hike, and we expect a large difference between core and headline inflation reflecting the global disruptions in energy and food markets,” Psaki said at her regular press briefing.

NPR reporter Asma Khalid pressed Psaki on the White House’s attempt to blame Putin’s invasion of Ukraine, saying she had just returned from a reporting trip to Michigan, where many people told her “they feel that inflation has predated this war.”

“We’ve talked about inflation long before there was an invasion,” Psaki said. “But we also know that factually, if you look at the data, the average gas prices are up 80 cents to $1. It’s about a 25% — we’ve seen — increase in gas prices since the start of this invasion. And we know energy prices is a big driver of the inflation data.”

Inflation is a major liability for Democrats, who control both chambers of Congress and the White House, headed into this year’s midterm elections.

The monthly Consumer Price Index found the average cost of goods and services increased 7.9% in February versus one year prior. That report only covered the first five days of the Russian invasion of Ukraine, which began Feb. 24, meaning that Tuesday’s data will give a fuller picture of the impact of the European war on prices.

Annual inflation was 7.5% in January versus one year prior — dashing President Biden’s predictions that the figure would begin to fall after the White House initially blamed rising prices last year on “transitory” factors linked to the COVID-19 pandemic.