Jen Psaki’s Train Wreck Farewell: The Highlights and Lowlights Of Her Term [VIDEO] 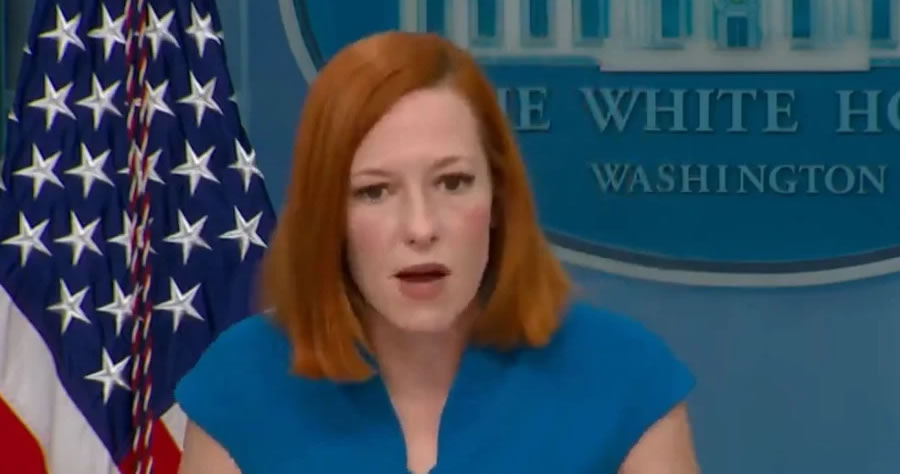 White House Press Secretary Jen Psaki said goodbye on Friday, May 13, closing a curious run as the main voice of the Biden administration. She left Biden at a low point, suffering in the polls amidst inflation and shortages at home, and chaos abroad.

Yes some — particularly in the establishment media — have called her the “best ever,” perhaps because the job of explaining Joe Biden’s failures is simply so difficult. Here are the 10 most memorable moments of her tenure, for better or for worse:

16. “Circle back.” Psaki drew mockery from conservatives over her repeated promises from the podium to “circle back” with reporters when she did not know the answer to questions — or perhaps when she knew, but preferred not to answer.

15. Hoaxes. Psaki repeated some — not all — of the famliar liberal hoaxes about Trump, most notably the “bleach” hoax, insisting — despite glaring evidence to the contrary — that he had told Americans to inject bleach to cure COVID (he did not).

12. Space Force snub. Psaki appeared to snub the sixth branch of the U.S. armed forces when she mocked a reporter’s query about whether Biden intended to continue Donald Trump’s addition to the military. She later clarified that she supported it.

10. Border denial. Psaki made it clear she did not want reporters to ask about the crisis at the southern border, chastising reporters for “maddening” questions about it. She claimed Biden’s policy was more “moral” and “humane” than Trump’s.

9. Refusing to condemn protests at Supreme Court justices’ homes. It took Psaki days to condemn violence after a draft opinion reversing Roe was leaked, and she actually encouraged the arguably illegal protests outside the homes of justices.

7. “Don’t Say Gay’ demagoguery. It was Psaki who started the false — yet effective — claim that Florida had passed a law that literally prohibited people from saying “gay.” The law actually restricts sexual instruction of any kind to K-3 children.

6. Doocy. Among many examples of the Biden administration failing to respect the press, one of the worst was Psaki saying that Fox News made Peter Doocy — one of the few critical voices in the press corps — sound like a “stupid son of a bitch.”

5. Defending inflation. Psaki test-drove several excuses for inflation, first claiming that it was transitory (“inflation is going to come down next year”), then trying to put a positive spin on it as the by-product of an otherwise wonderful economy.

And it’s goodbye for her: