Jennifer Lawrence Reveals Why Filming With Leo Dicaprio Was ‘Hell’ 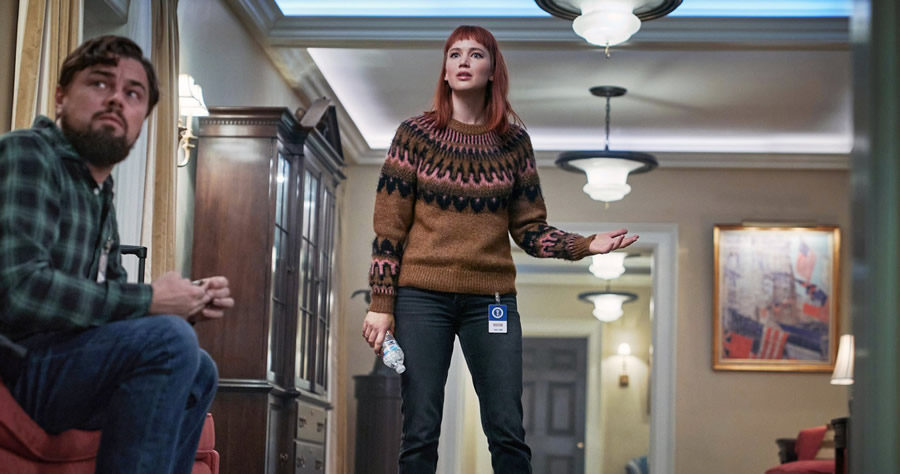 The 31-year-old Oscar winner has found herself back in the spotlight, as she’s starring in the upcoming Netflix film “Don’t Look Up.”

“It was the most annoying day in my life,” the “Hunger Games” star told Stephen Colbert during a chat on his eponymous talk show on Monday.

The day in question was a scene that DiCaprio, 47, and Chalamet, 25, were filming with Lawrence in a car. “They drove me crazy that day,” she said.

“I don’t know what it was,” the mom-to-be continued. “Timothée was just excited to be out of the house [after the pandemic lockdown]. I think it was, like, his first scene. And Leo had picked the song that was playing in the car and was just, like, ‘You know, this song was about, you know, blah, blah, blah.’ ”