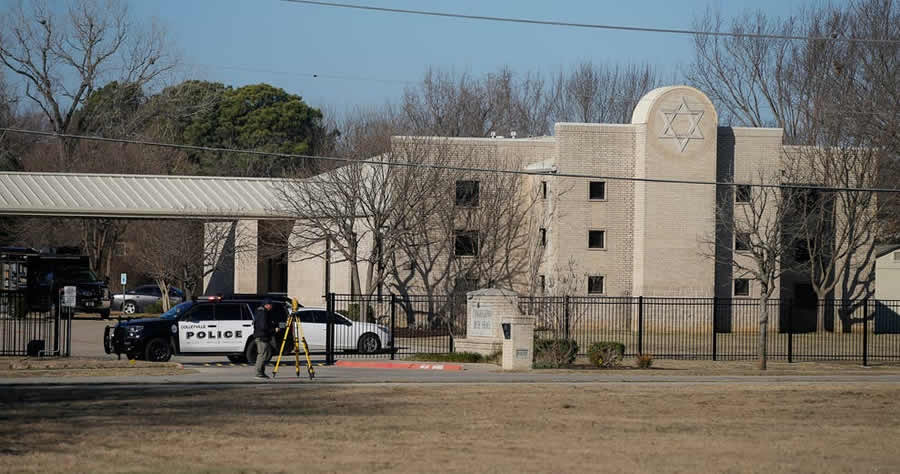 The FBI is investigating the Texas synagogue hostage standoff as a terrorist incident in which the Jewish community was targeted after initially ruling out antisemitism as a motive.

“This is a terrorism-related matter, in which the Jewish community was targeted, and is being investigated by the Joint Terrorism Task Force,” the FBI reportedly told The Washington Post. FBI Special Agent in Charge Matt DeSarno initially told reporters Saturday that the suspect was “singularly focused on one issue and it was not specifically related to the Jewish community,” the Fort-Worth Star Telegram reported.

Hostage taker Malik Faisal Akram died after the 11-hour standoff Saturday at Congregation Beth Israel in Colleyville, near Dallas, Texas. The synagogue’s rabbi and three congregants who were held hostage survived and were freed, according to the Post. It remains unclear whether Akram, a 44-year-old U.K. resident, committed suicide or was killed by police.

The attacker repeatedly referred to convicted terrorist Aafia Siddiqui, also known as “Lady al-Qaeda,” during the attack, and he said he targeted the synagogue because it was the closest gathering of Jews near the federal facility where Siddiqui is being held, people who watched the event over livestream told the Post.

FBI statement: “This is a terrorism-related matter, in which the Jewish community was targeted, and is being investigated by the Joint Terrorism Task Force.” https://t.co/wasuve75Lp