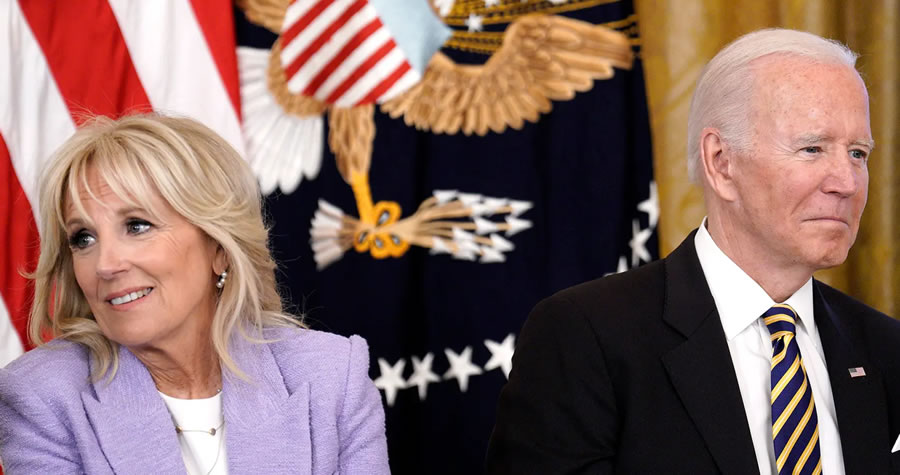 The first lady has spoken candidly about her 45-year marriage to Joe Biden in an intimate new interview — but appears oblivious to the obscene meaning of one activity she says she partakes in with the president, 79.

Jill, 70, told Harper’s Bazaar Monday that she and her hubby hash out their “occasional” fights via text message, describing the act as “fexting.”

But while the Bidens might think the slang term is a cute amalgamation of the words “fighting” and “texting,” Urban Dictionary defines the word as a crude colloquialism that actually means “f–king while texting.”

The website asserts that “fexting” can also be used in a variety of other contexts — but never as a slang term for fighting via text.

According to the site, the word can also mean “fake text messaging,” as well as “sending Facebook messages of an extreme sexual nature.”

The first lady may soon bring her own G-rated definition of the word into the public lexicon, saying she and Joe have been “fexting” for more than a decade.

Jill told Harper’s that she started the practice back when she was second lady, saying she would squabble with her spouse via message, rather than argue with the then-vice president out loud in front of the Secret Service.

The pair continue to “fext” until this day, with the FLOTUS revealing she recently messaged something extremely hurtful to her husband during a spat.

The president was forced to remind the FLOTUS that their texts and emails are kept as part of a historical record of each presidency.

“Joe said, ‘You realize that’s going to go down in history. There will be a record of that.’ I won’t tell you what I called him that time,” she confessed to the magazine.