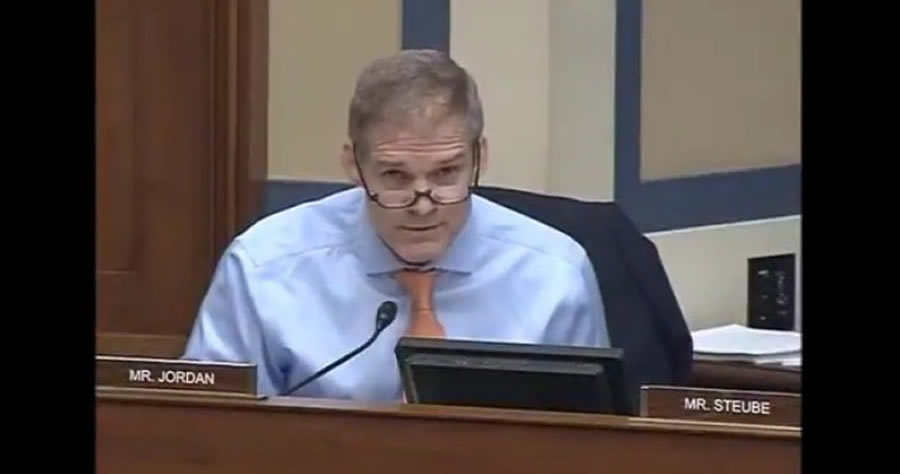 Republican Ohio Rep. Jim Jordan told the Daily Caller News Foundation that Americans can’t trust the Internal Revenue Service (IRS) after its investigation of tax document leaks has so far failed to turn up any answers ten months after it began.

Jordan and Republican California Rep. Darrell Issa sent letters to the IRS and the Treasury Inspector General for Tax Administration (TIGTA) in July 2021 demanding information on the agency’s investigation into how citizens’ records were leaked after ProPublica published private tax documents of some of the wealthiest Americans in June 2021. Jordan told the DCNF that after an initial reply, his office has received no further updates on the investigation.

“I don’t know if the IRS is on top of it. It sure doesn’t seem like it from the response we got back from them,” Jordan told the DCNF. “Americans need to know that your tax returns remain confidential. This is one of the hallmarks of our system and if that’s not the case, if they’re going to be targeted by the IRS like Lois Lerner did a few years ago and have their returns go public, that just can’t happen.”

Upon receiving Jordan and Issa’s 2021 letter demanding answers, IRS Commissioner Charles Rettig referred them to Inspector General for Tax Administration J. Russell George, according to responses to the inquiries reviewed by the DCNF. George replied that the Republican lawmakers’ request for TIGTA to brief Congress on the investigation could only be made by either the chair of the House Ways and Means Committee, the Joint Committee on Taxation or the Senate Finance Committee – all of whom happen to be Democrats.

Rettig told the lawmakers that TIGTA had “taken the lead in the investigation” and had “sole jurisdiction” over the case if an IRS employee was found to have leaked the private tax records, according to the responses. That was the last update Jordan’s office received about the matter, a spokesman for Jordan’s office told the DCNF.