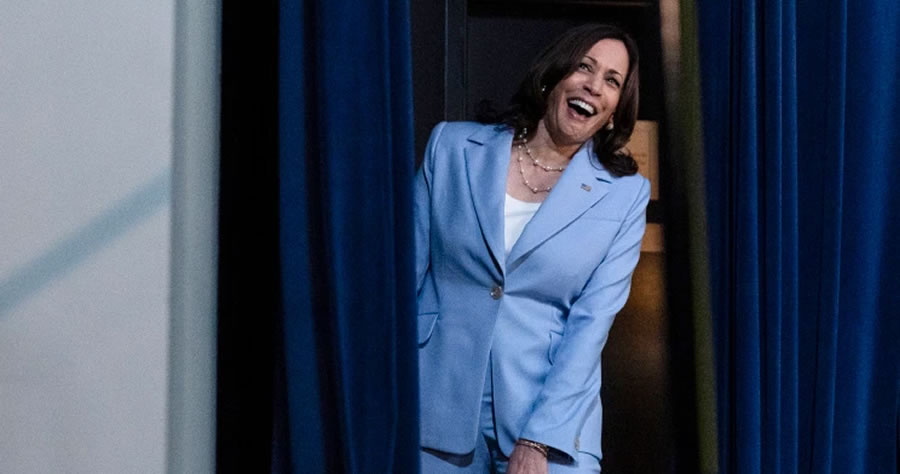 Vice President Kamala Harris’s team canceled press access to her remarks to US troops at Pearl Harbor on Thursday — surely because it feared yet another disaster for the veep at the site of a terrible attack on America, the same day as the horrors in Kabul.

Harris is just too prone to verbal fumbles that pour more fuel on the Biden administration’s fires.

Just the week before, Harris broke into a bizarre cackle when reporters asked about the early stages of the Afghan crisis. And that’s hardly her only nails-on-chalkboard moment.

For example, when NBC’s Lester Holt called her out for failing to go to the US-Mexico border when she’s supposed to be administration pointwoman on the border criss, Harris again weirdly laughed as she countered, “And I haven’t been to Europe!” as if that had a thing to do with it.

Earlier, during last year’s campaign, CBS’s Norah O’Donnell asked Harris if she brought a “socialist or progressive perspective” to the Democratic ticket and got her own burst of the Kamala cackle.

Then the candidate answered, “No, no!” followed by a nervous-laughter-filled ramble: “It is the perspective of — of a woman who grew up a black child in America, who was also a prosecutor, who also has a mother who arrived here at the age of 19 from India. Who also, you know, likes hip hop. Like, what do you wanna know?”

That followed her cringe-inducing interview with Charlamagne tha God during the Democratic primaries. The “Breakfast Club” host asked if the ex-prosecutor opposed legalizing pot; she replied, “Half my family’s from Jamaica. Are you kidding me? Hahahahahahah.”

She told Charlamagne she’d toked up in college while listening to Snoop Dogg and Tupac Shakur — yet she graduated in 1986, years before either artist hit the scene.