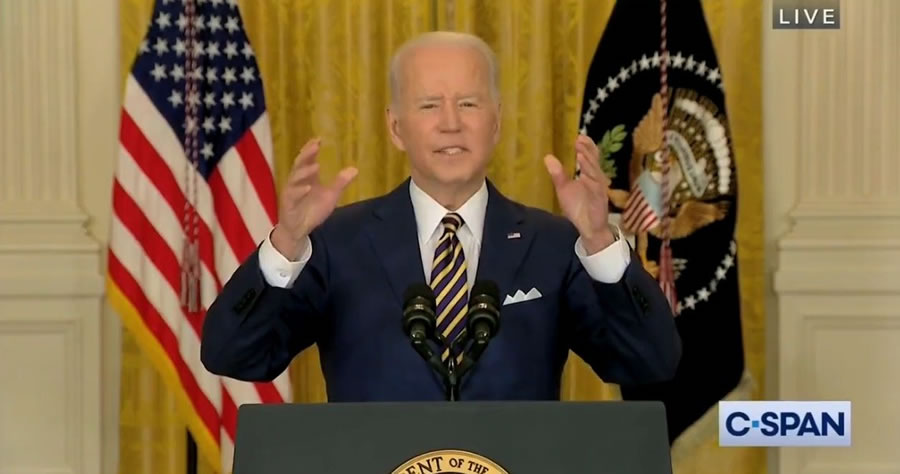 For the first time in his failed presidency, Biden’s average approval rating has sunk to a dismal 40.5 percent.

Additionally, for the first time in his failed presidency, Biden’s average disapproval rating has hit an all-time high of 55.3 percent.

His Fraudulency is now upside-down by a whopping 14.8 points.

While we will know more about the post-press conference polling after the weekend, it is no surprise to see the numbers headed in this direction directly after that shambolic Wednesday afternoon White House press conference.

The bizarre and terrifying sight of watching the President of the United States essentially give Russia the green light to invade Ukraine was just beyond the beyond. Never in the history of our country has something like that happened.

The nation is watching China Joe's presidency implode before our very eyes. https://t.co/cdC09ICPDm