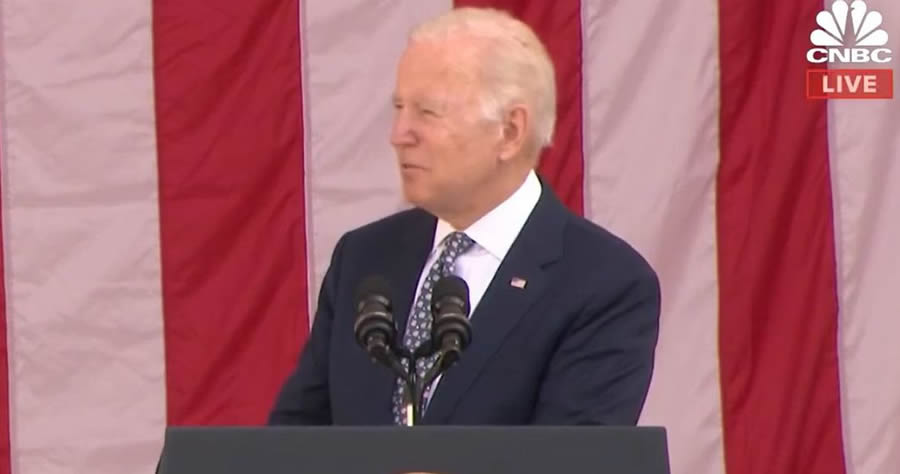 While wishing Secretary of State Antony Blinken’s dad and veteran Donald Blinken a happy birthday, Biden began jumbling his words while telling a story about age.

“I know you’re a little younger than I am,” Biden said, referring to Donald Blinken. “I’ve adopted the attitude of the great negro at the time, pitcher in the Negro Leagues who went on to become a great pitcher in the pro’s in Major League Baseball after Jackie Robinson. His name was Satchel Paige.”

“And Satchel Paige, on his 47th birthday, pitched to win against Chicago, and all the press went in and said ‘Satch, it’s amazing, 47 years old. No one’s ever ever pitched a win at age 47. How do you feel about being 47?’”