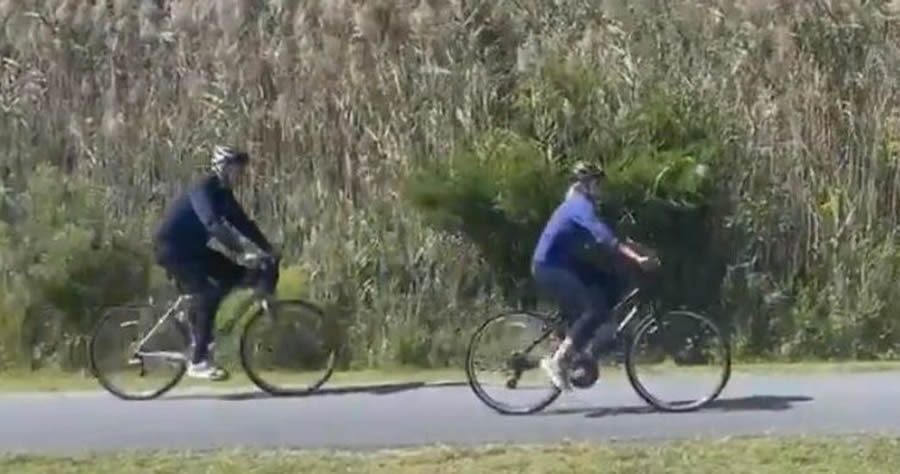 President Joe Biden biked near a Delaware beach Sunday amid the ongoing migrant surge at the U.S.-Mexico border and a recent diplomatic crisis.

France recalled its ambassadors to the U.S. and Australia due to the two countries’ joint agreement with the U.K. to give nuclear submarines to the Australian government, which violated a previous agreement to send French submarines down under, Fox News reported. The president did not answer any reporters’ questions on the issue and continued on his bike ride to Gordon’s Pond Trail in Rehoboth Beach, Delaware, with First Lady Jill Biden.

“Mr. President, what will you tell Emmanuel Macron?” a reporter asked regarding his scheduled phone call with French President Emmanuel Macron, according to Fox news. “When are you going to call Macron?” another reportedly asked Biden, who refused to answer the questions.

Meanwhile, the migrant crisis has continued to surge at the southern border, with a recent influx of over 15,000 Haitian migrants entering Del Rio, Texas, with migrants camping under the international bridge in overcrowded and unsanitary conditions. The administration deployed 400 federal agents to the bridge and ramped up deportation flights.