Joe Biden Goes Golfing While Americans Left Behind in Afghanistan 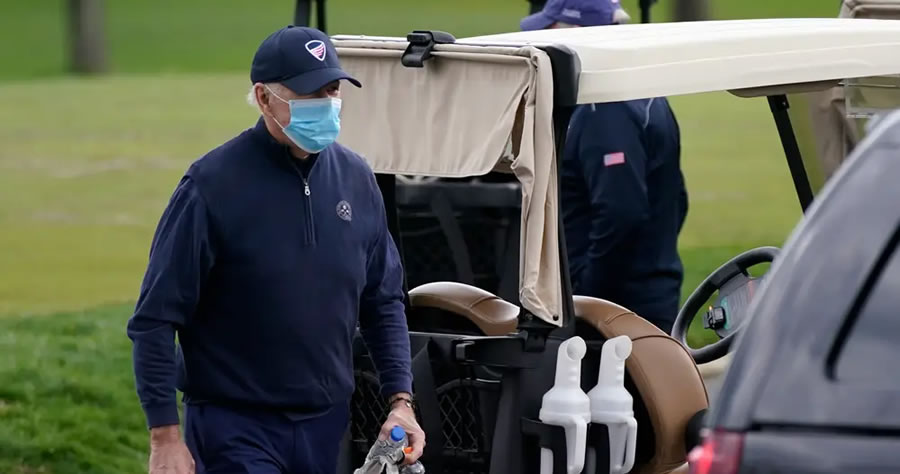 President Joe Biden returned to the golf course on Sunday, even though Americans are still left stranded in Afghanistan.

The president traveled to Fieldstone Golf Club in Delaware on Sunday where he planned to golf with former Sen. Ted Kaufman.

Since concluding his disastrous evacuation of troops out of Afghanistan, Biden has tried to shift the narrative away from the hundreds of Americans that were left behind.

The Biden White House has shifted the responsibility for getting Americans out of Afghanistan to Secretary of State Tony Blinken.

The process is ongoing but very slow. On Friday, Blinken announced that a flight with 19 U.S. citizens had evacuated as well as two more citizens out through an overland route.

In today’s telephonic briefing, @StateDeputySpox discussed the departure of an additional charter flight from Kabul with U.S. citizens onboard, expressed gratitude to Qatar for their continued efforts and welcomed Ellen Germain as the new @StateSEHI. More: https://t.co/MZOyCy1mSv