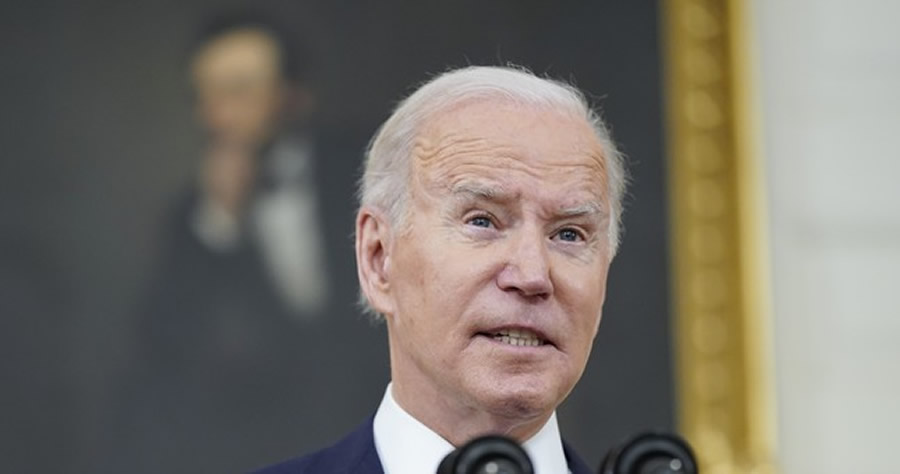 There have been doubts for some time now about President Joe Biden running for a second term. During his first national press conference on March 25–64 days into his term–Biden indicated he planned to run for re-election. Last month, as Madeline reported, White House Press Secretary Jen Psaki said to reporters that it’s “his intention” to run again. And, during a Wednesday interview with ABC News’ David Muir, Biden indicated he planned to run again, but there was an “if” involved.

“You said you would absolutely serve eight years if elected,” Muir reminded the president. “Do you plan to run for reelection?”

Biden responded with a “yes,” though there was an immediate caveat. “But look,” he continued. “I’m a great respecter of fate. Fate has intervened in my life many, many times. If I’m in the health I’m in now, if I’m in good health, then in fact I would run again.”

Muir moved on to asking about “a rematch against Donald Trump,” a hypothetical matchup polls have indeed been asking about.

With a bright smile, Biden claimed “you’re trying to tempt me now.” As he laughed, Biden said “sure,” asking “why would I not run against Donald Trump if he were the nominee,” even sharing “that’d increase the prospect of running.”

Pres. Biden to @DavidMuir on running for re-election and a possible rematch against Donald Trump: “Why would I not run against Donald Trump for the nominee? That’ll increase the prospect of running.” https://t.co/TdWzae5hd3 pic.twitter.com/We8y9t0QG5