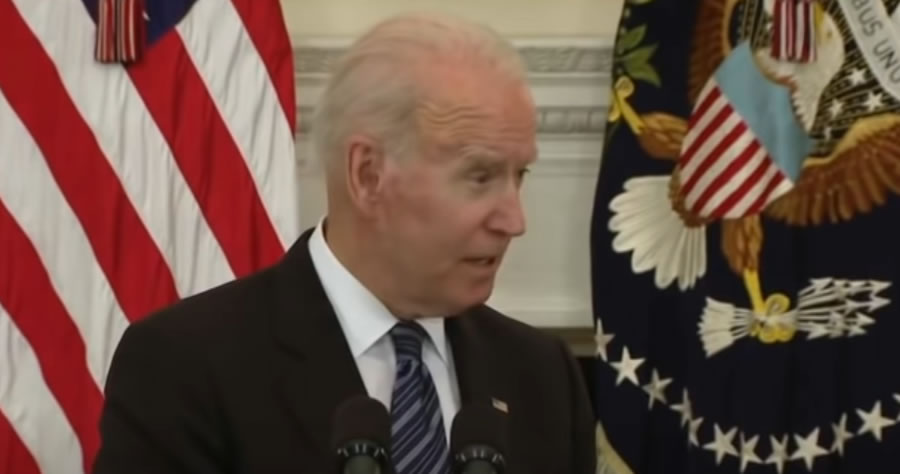 President Joe Biden has garnered criticism for delivering a lofty speech Wednesday that he claimed was about declaring war on the crime surge around the nation but that, in reality, sounded more like he was declaring war on the Second Amendment.
Not once during the speech did the president mention the Democrat policies that critics say are to blame for the crime spike, including the decriminalization of low-level offenses, the elimination of bail, and the automatic release of repeat felons.

In fact, speaking before the president, Attorney General Merrick Garland seemed to suggest that the administration wants to double down on such policies. He specifically argued that “arrests and convictions” are not “ends in themselves.”

AG Garland starts off by dismissing the idea that we need more arrests & prosecutions.

Instead, Biden admin is talking about ghost guns and gun dealers, neither of which are the problems here. And they push extreme risk order protections which, again, won't make a dent.

REMINDER: When Democrats like Biden push for an "assault weapon" ban, they want to ban commonly owned semi-automatic rifles like the AR-15. pic.twitter.com/K0EMujxbMc

Joe Biden just pledged to ban “assault weapons” – this is a made up term to gin up fear.

You’re not taking our AR’s, Joe.

Where is the crackdown on Hunter Biden for lying on his federal firearms background check form? President Biden keeps citing zero tolerance, but Hunter gets a felony pass.

"If you lie on your background check and then your wife throws your gun in a dumpster and you never find it again, my message to you is this: Congrats on the art career!"*

*as long as your name is Hunter Biden https://t.co/M9TyrABrdN