Joe Biden’s CIA Director Told Congress He Terminated a Relationship With a Chinese Communist Influence Group – New Evidence Suggests This Was a Lie. 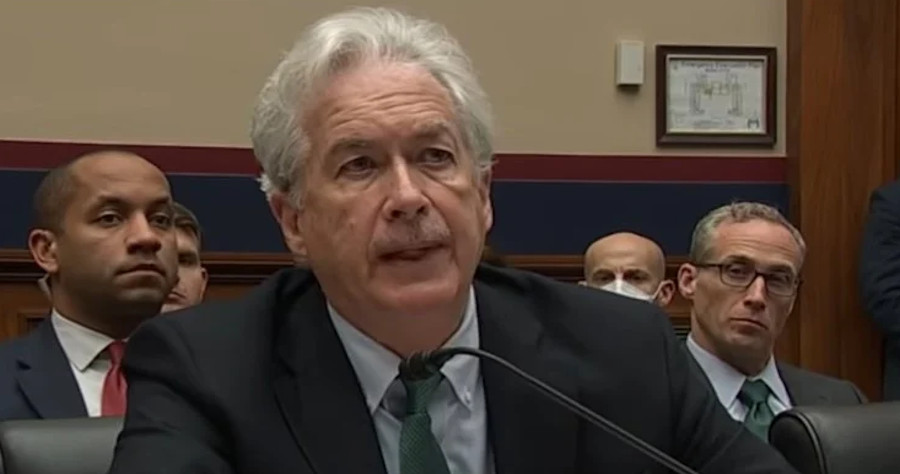 What exactly is it with the Biden administration and communist China anyway?

Burns became president of the Carnegie Endowment for International Peace in March 2015 and claimed, during Senate confirmation hearings, that he merely “inherited” the think tank’s longstanding relationship with the China-United States-Exchange Foundation (CUSEF).

In what may be a clear cut example of a Biden nominee lying to Congress, CIA Director Bill Burns has more to answer for.

Purporting to be “increasingly worried about the expansion of Chinese influence operations,” Burns – who currently leads the Central Intelligence Agency (CIA) – was adamant he cut Carnegie’s ties with CUSEF “not long after” he began his tenure while answering questions from Senator Marco Rubio.

Rubio explained that CUSEF is part of the Chinese Communist Party’s United Front Work Department, which seeks “to co-opt and neutralize sources of potential opposition to the policies and authority of its ruling Chinese Communist Party” and “influence foreign governments to take actions or adopt positions supportive of Beijing’s preferred policies,” according to the U.S. government.

In response, Burns claimed that “…on the China-U.S. Exchange Foundation, this is a relationship that I inherited when I became president of Carnegie and that I ended not long after I became president precisely for the concerns that you just described because we were increasingly worried about the expansion of Chinese influence operations. Shortly after I ended that relationship, we began a program at the Carnegie Endowment on countering foreign influence operations which was aimed mostly at China and Russia and was supported in part from a grant from the Global Engagement Center at the State Department in the last administration.”

But Burns’s think tank continued to accept funds and collaborate with officials tied to CUSEF during his tenure, and recently released another research paper on the subject of cyber attacks, in partnership with CUSEF and other Chinese Communist Party-funded institutions. The paper, released March 2022, is the latest piece of evidence contradicting Burns’s assertions.

The 76-pager – “Managing U.S.-China Tensions Over Public Cyber Attribution” – is the second joint research publication produced by the Shanghai Institutes for International Studies (SIIS) in collaboration with the Carnegie Endowment for International Peace.

A foreword to the work by SIIS President Chen Dongxiao thanks CUSEF for its “generous support” of the effort.

SASS has been flagged by the Federal Bureau of Investigation (FBI) for its close ties to the Chinese Communist Party’s top spy agency: the Ministry of State Security. The publication is a compendium of six papers – authored by SIIS fellows and their Carnegie counterparts – focusing on how governments should publicly respond to cyberattacks. Chapters include “Attribution and Characterization of Cyber Attacks” and “The Purpose of U.S. Government Public Cyber Attribution.”

The paper explains in great detail the U.S. government’s approach to responding – both publicly and privately – to cyberattacks conducted by China, effectively granting the Chinese Communist Party America’s playbook on the issue.

The paper also appears to undermine U.S. attribution of cyberattacks to Chinese actors, with one SIIS fellow writing:

“Yet so long as the United States is making accusations outside of the international legal system and without sufficient evidence to hold the Chinese government accountable, Chinese observers will question the United States’ intention in launching unilateral accusations: Are they to warn against cyber operations? To simply point fingers at China? Or to ease domestic pressure? This further highlights the need for both states to strengthen communication and cooperation in public attribution.”