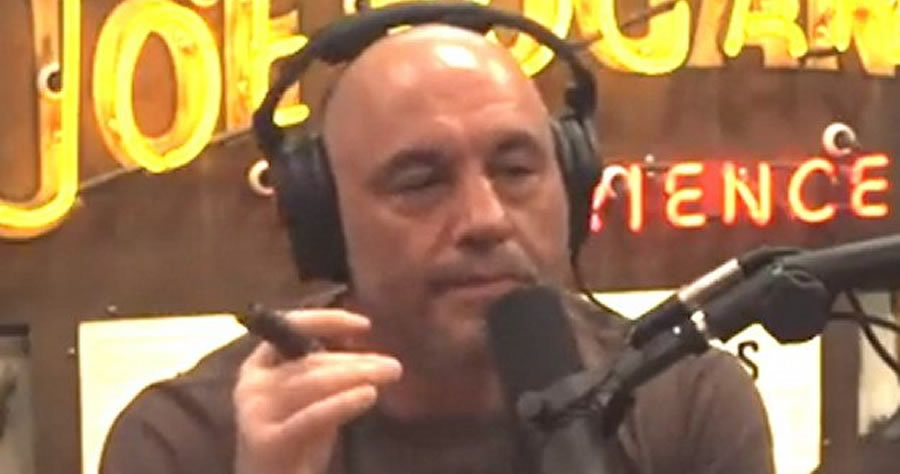 Embattled podcaster Joe Rogan said he isn’t planning to exit his Spotify deal to bring his popular — and controversial — show to Rumble, a video platform startup catering to right-wing personalities.

Rogan, in a stand-up performance Tuesday in Austin, Texas, told the crowd he would not be moving “The Joe Rogan Experience” to Rumble, which earlier this week publicly offered him a $100 million deal. Rogan’s exclusive multiyear Spotify deal is reportedly worth more than $100 million.

“No, Spotify has hung in with me, inexplicably,” Rogan said in answer to an audience member’s question about whether he was taking Rumble up on its offer, as reported by THR. “Let’s see what happens.”

Rogan has faced a storm of criticism and a backlash from Spotify users and artists in recent weeks, traveling along two different vectors: His repeated use of the N-word in past episodes of his podcast, and accusations that Rogan’s show has served as a platform for COVID misinformation.

In a publicity move, Rumble — whose investors include conservative tech billionaire Peter Thiel and Fox News host Dan Bongino, who was recently banned by YouTube for policy violations — on Monday issued an open appeal to Rogan to move his podcast to its platform with an offer of $100 million over four years.

“We stand with you, your guests, and your legion of fans in desire for real conversation,” Rumble CEO Chris Pavlovski wrote in the open letter, adding, “And yes, this is totally legit.”

On his podcast Tuesday, Rogan complained that the viral video compilation of him using the N-word two dozen times was “a political hit job.”

“That video had always been out there. It’s like, this is a political hit job,” Rogan said. He continued, “And so they’re taking all this stuff I’ve ever said that’s wrong and smushing it all together.” Rogan also said the experience had been a “relief,” telling listeners, “It’s good because it makes me address some shit that I really wish wasn’t out there.”

Last Friday, Spotify pulled 70 episodes “The Joe Rogan Experience” from the platform, dating from 2009 to 2018. The company said it removed those at the request of Rogan and his team after talking about his “racially insensitive” language in some episodes.

In his stand-up routine Tuesday evening, Rogan said he used to say the N-word when talking about “a Richard Pryor bit or something” and that “I would say it in context.” He continued, “I haven’t used that word in years. But it’s kind of weird people will get really mad if you use that word and tweet about it on a phone that’s made by slaves.”

Previously, Rogan, in an Instagram post on Feb. 5, apologized over the supercut clip of him saying the N-word, calling it “the most regretful and shameful thing I’ve ever had to talk about publicly.” Spotify CEO Daniel Ek on Sunday sent a memo to employees saying the he was “deeply sorry” for how the Rogan controversy has affected them. But, he wrote, “I do not believe that silencing Joe is the answer… canceling voices is a slippery slope.”

The media’s recent bright spotlight on Rogan switched on last month, when Neil Young demanded Spotify remove his songs or drop Rogan’s podcast, citing COVID misinformation on the show. Young’s boycott has been joined by a handful of others, including Joni Mitchell, India Arie, and David Crosby, Stephen Stills and Graham Nash. On Monday, Young urged Spotify employees to quit, writing in a blog post, “Get out of the place before it eats up your soul.”