“How is that legal?” Joe Rogan takes aim at Nancy Pelosi For ‘Insider Trading’ [VIDEO] 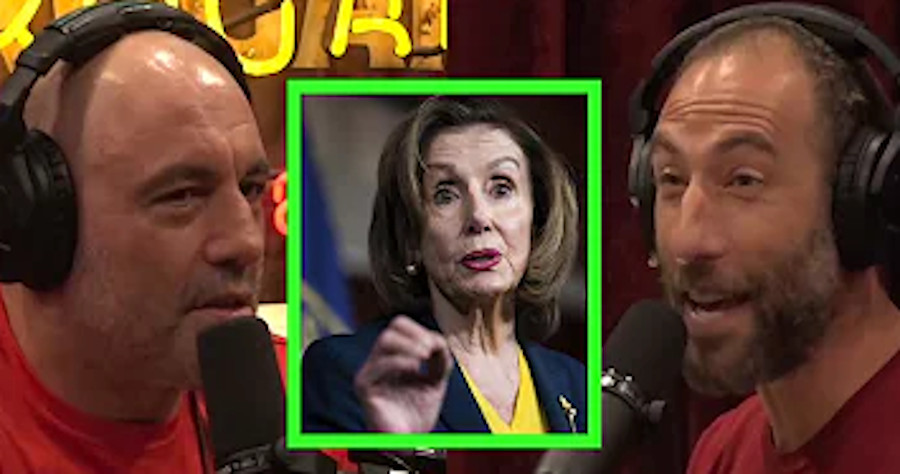 Joe Rogan took aim at House Speaker Nancy Pelosi and other members of Congress for being allowed to own stock options even though they’re in a position to regulate the industries from which they are profiting.

“They know laws that are going to be put into place,” Rogan said on his Spotify podcast on Thursday.

“How is that not insider training?” he asked his guest, stand-up comedian and fellow podcaster Greg Fitzsimmons.

“How is that legal?” Rogan asked. He then noted that Nancy Pelosi is one of the wealthiest members of Congress.

The San Francisco Democrat has an estimated net worth of $114.7 million.

Paul Pelosi invested up to $1 million in call options for Tesla stock in December — more than a month before President Biden issued an executive order mandating that all federal vehicles transition to electric.

Members of the House are allowed to buy and sell stocks but prohibited from using private information from their jobs to inform their investments, according to the STOCK Act of 2012.

On March 17, Paul Pelosi purchased 2,500 shares of Tesla stock by exercising 25 call options at a $500 strike price, a Congressional disclosure filing revealed. The call options were set to expire the following day.

The Tesla stock was worth about $2.2 million at the time of purchase, but Pelosi has already generated a windfall given the electric car firm’s recent success.

The Tesla purchase marked the latest major investment for Pelosi’s husband, who previously scooped up call options in tech stocks such as Google, Salesforce, Roblox and Disney, The Post reported in December.

The Post also reported that the Pelosis had earned as much as $30 million from bets on the Big Tech firms through January. And some insiders have accused the speaker of slow-walking legislation that would impose new regulations on the tech sector.

Reps for Pelosi didn’t immediately respond to a request for comment. In January, Pelosi spokesman Drew Hammill was dismissive when The Post asked whether her husband’s stock trades were a conflict of interest.

“The Speaker does not own any stocks,” Hammill told The Post at the time. “As you can see from the required disclosures, with which the Speaker fully cooperates, these transactions are marked ‘SP’ for Spouse. The Speaker has no prior knowledge or subsequent involvement in any transactions.”

Pelosi initially opposed the idea of a ban on Congressional stock trades, arguing in December that lawmakers should be allowed to participate in a “free-market economy.”