Joe Stabs Kamala in the Back, as Democrats Scramble for a Way Out 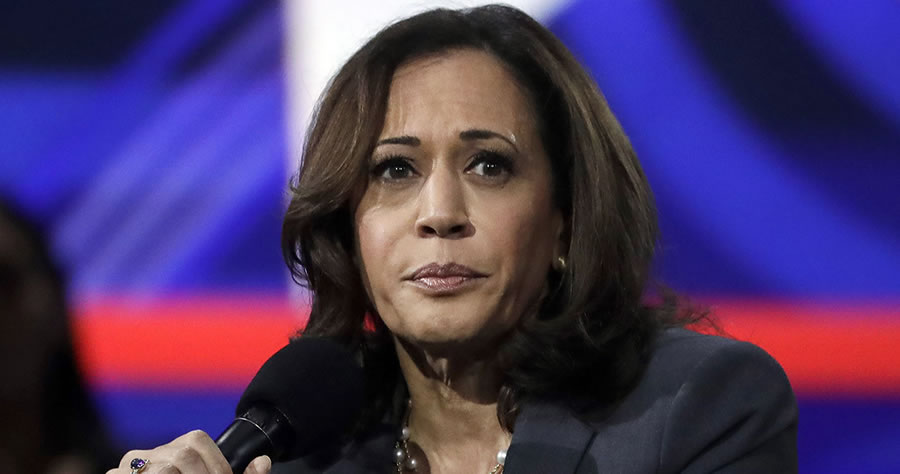 The relationship between Joe Biden, Kamala Harris, and their respective staffs has been on rocky ground for months. As RedState previously reported, the vice president and her camp have complained about being abandoned, even blaming racism as a possible factor, while the White House has fretted at Harris’ sheer incompetence and inability to garner support on her own.
Those tensions have led to lots of speculation about what exactly happens in 2024. Harris is clearly a terrible candidate, something she showed during the 2020 presidential primary, but she’s also the heir apparent until Democrats forcibly remove her from that position.

Well, it sounds like the move to neutralize her has been made. As far-fetched and ridiculous as it sounds, Joe Biden is now telling allies that he will run in 2024, knee-capping Harris’ prior plan to ascend to the throne after a single, transitory term from Biden.

Biden and aides tell allies he is running in 2024 amid growing Democratic fears https://t.co/SH19ppZI2m

President Biden and members of his inner circle have reassured allies in recent days that he plans to run for reelection in 2024, as they take steps to deflect concern about the 79-year-old president’s commitment to another campaign and growing Democratic fears of a coming Republican return to power.

The efforts come as the broader Democratic community has become increasingly anxious after a bruising six-month stretch that has seen Biden’s national approval rating plummet more than a dozen points, into the low 40s, amid growing concerns about inflation, Democratic infighting in Washington and faltering public health efforts to move beyond the covid-19 pandemic

The Democrats have completely painted themselves into a corner. On the one hand, there’s no way that Biden can mount a legitimate campaign in 2024. There will be no COVID-19 lockdown to justify him hiding out in the basement, refusing to face the public, as he did in 2020. The American people have made clear they are done with that, and as Glenn Youngkin’s recent win showed, an ability to galvanize people and draw crowds is vital during a more normal election year.

Is Biden going to barnstorm the country, hold rallies, answer questions, and generally enthuse people in a year that is already likely to favor Republicans? Consider me extremely doubtful, given how incapable he appears even while being protected within the confines of the presidency. All that gets stripped away when the horse race starts, and the contrast between Biden and someone like Ron DeSantis will be massive.

But what choice do Democrats have? Kamala Harris is an absolutely horrific choice to carry their banner forward. She is nakedly ambitious, deeply inauthentic, and rivals a root canal in the hearts and minds of most Americans.