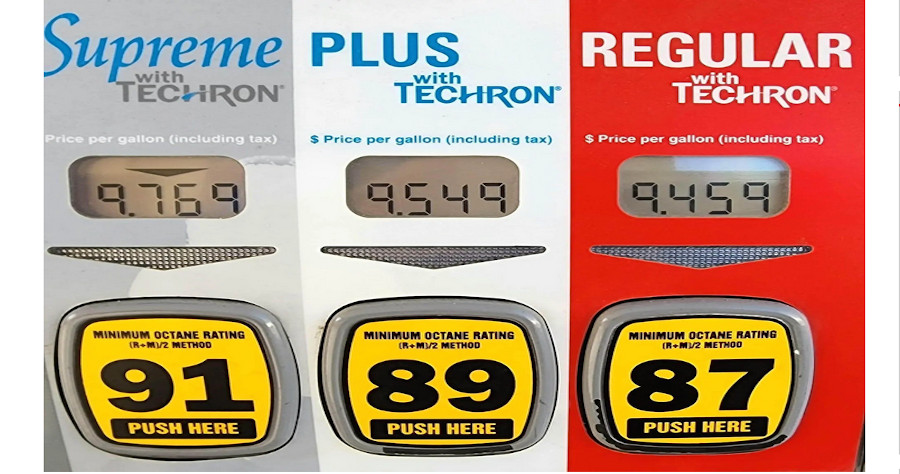 A Chevron station in the coastal village of Mendocino about 175 miles north of San Francisco was charging $9.60 a gallon for regular on Friday afternoon.

But individual stations throughout the country are charging more than the average, including one LA station that topped $8 on Friday.

Prices have also surged in New York, where the statewide average has hit $4.851, according to AAA – with the average in all boroughs except Staten Island topping $5 Saturday morning.

The Menocino station, Schlafer’s Auto Body & Repair, is the only one in the tourist haven — described on the county website as “an enchanted place filled with real, unspoiled California opportunities” —  and is routinely considered the most expensive in the nation.

Schlafer said that if she didn’t charge $9.60, she’d be out of business.

“I’m going to be lucky if I make the year with all the fees, the regulation, the payroll fees,” she said. “If it continues the way it is, Mendocino won’t have a gas station next year.”

Schlafer claims other stations are charging as much as she is, but AAA has the average for the area at $6.31, just a couple pennies higher than the statewide average.

“Without much of a doubt it’s the most expensive gas in the country,” said Patrick De Haan, head of petroleum analysis at Gas Buddy, told SFGate.

Oil prices rose for the sixth straight week, with the benchmark West Texas Intermediate settling Friday at $118 a barrel, up 3.3%. Surging crude prices reflect short supply in the US, which started when demand plunged during Covid lockdowns. Demand came back, but production and supply have not.

“Refinery capacity has diminished due to COVID,” De Haan said. “We don’t have as much ability to refine as much fuel as the market is consuming. Prices continue to climb, it’s absolutely amazing to see how high prices currently are.”

The price of crude oil also reflects the sanctions imposed by the US and other countries on Russia, a major oil producer, which took millions of gallons of oil per day out of the world economy.

OPEC+ agreed Friday to increase production in July and August, which could help ease prices amid the busy summer driving season.