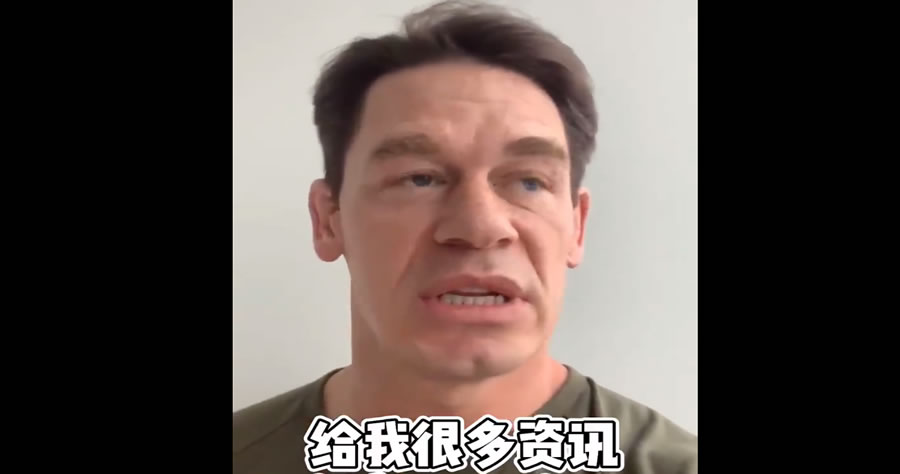 John Cena was on the receiving end of a piledriver Tuesday from American Twitter users after his “pathetic” apology to China for referring to Taiwan as a country during a promotional spot for his new movie “F9.”

“Taiwan is a country. Hong Kong should be free. If you are unwilling to say these things because it might hurt your bottom line, you are a pathetic coward​,” conservative pundit Ben Shapiro posted on his Twitter account.​

Cena, speaking Mandarin, went on Chinese social media site Weibo Tuesday to apologize for calling Taiwan a country during a promotional interview for “F9,” the latest installment for the “Fast and Furious” franchise, earlier this month.

The Chinese, who consider Taiwan a rogue province that is part of their territory, erupted in outrage at his blunder.

Taiwan is a country – and a democracy. You just apologized to a dictatorship. https://t.co/rBx50uQgF6

Cena should be asked on his little movie promotion junket if he accepts or rejects the US State Department’s conclusion that China is engaged in genocide against ethnic and religious minorities of color in Xinjiang. So should LeBron, for that matter. https://t.co/7lLhlkOZnR

Why not call a decades-long healthy and functioning democracy a country? Because much of Hollywood operates in fear of Beijing, many of its blockbuster movies dependent on the mainland Chinese market. https://t.co/2mPcNAT6R3