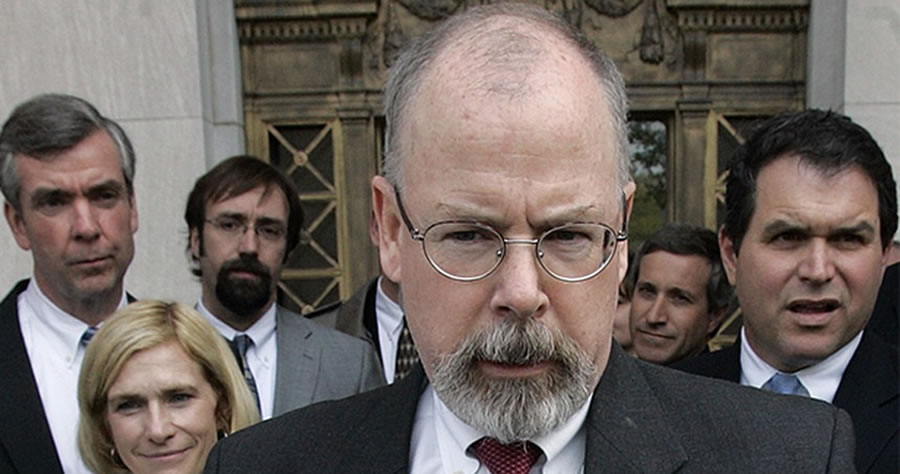 Does John Durham actually exist? That’s a question many on the right have pondered for years after the career DOJ official was appointed as special counsel regarding the Trump-Russia investigation. I’m not even sure he’s been seen in public since his first appointment by then-Attorney General Bill Barr.

That’s what makes this new report from The New York Times so surprising. Durham is apparently readying an indictment of Perkins Coie lawyer Michael Sussman, a key player in spreading uncorroborated accusations of collusion between Russia and Donald Trump.

WASHINGTON — John H. Durham, the special counsel appointed by the Trump administration to scrutinize the Russia investigation, has told the Justice Department that he will ask a grand jury to indict a prominent cybersecurity lawyer on a charge of making a false statement to the F.B.I., people familiar with the matter said.

Any indictment of the lawyer — Michael Sussmann, a former federal prosecutor and now a partner at the Perkins Coie law firm, and who represented the Democratic National Committee on issues related to Russia’s 2016 hacking of its servers — is likely to attract significant political attention.

NEW: Prosecutor John Durham has told a cyber lawyer — who works for the firm that repped Clinton campaign — that he wants to indict him on suspicion of lying about who he repped when he told F.B.I. in '16 about potential ties b/w Trump and Russia. https://t.co/KiSUIeGuzh

BREAKING—
John Durham has told the DOJ he will ask a grand jury to indict Michael Sussmann, Partner at Perkins Coie law firm & Hillary Clinton Campaign lawyer on a charge of making a false statement to the FBI.