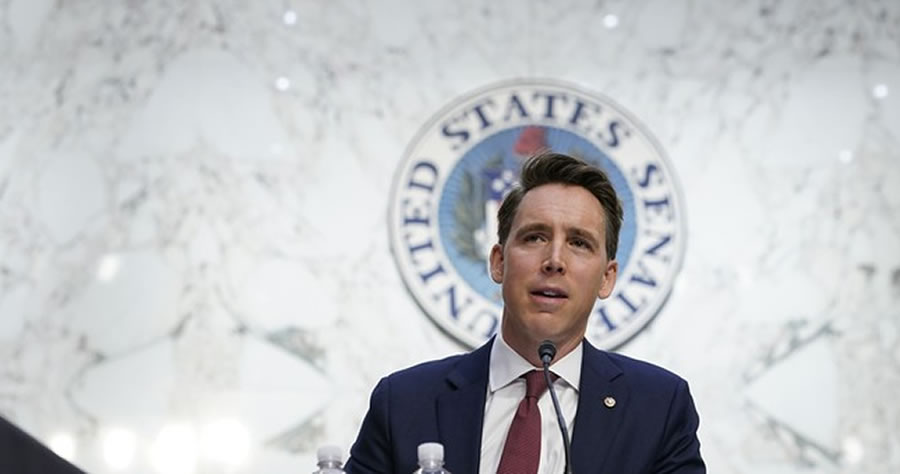 Opening a new front in the culture war raging on Capitol Hill is Senator Josh Hawley (R-MO), who — as the first Republican to respond to the Democrats’ $3.5 trillion budget bill — announced more than one dozen amendments to the legislation in an attempt to protect freedom, common sense, and taxpayers’ wallets.

Following Senate passage of the $1.2 trillion infrastructure bill Tuesday, Democrat Majority Leader Chuck Schumer immediately moved ahead with the even-larger budget bill. Considered a vehicle for Democrats to advance their radical agenda via the process of reconciliation, leftists are salivating at the opportunity to tack on leftist priorities such as amnesty, the Green New Deal, and expansion of federal bureaucracy.

“The Democratic Party is attempting to pass what could be the most radical left-wing legislation this country has ever seen—and they’re rushing it through Congress, hoping no one notices,” Hawley said. “Joe Biden and his allies in the Senate want to ram through a multi-trillion-dollar budget that lays the groundwork for their far-left agenda, like amnesty for millions of illegal immigrants, the Green New Deal, and a sweeping takeover of the American family by the federal government.”

If you think Joe Biden is unpopular now, wait until voters get a good look at Biden’s budget – massive spending on amnesty, “environmental justice,” destruction of the coal industry, critical race theory “investments” – it’s the most radical left wing plan in American history

“The Senate is not just a rubber stamp for this kind of insanity,” Missouri’s junior Senator added. “I will make sure that my colleagues lining up to support this agenda are held accountable.”

As radical members of Congress such as his fellow Missourian Rep. Cori Bush tell the American people to suck it up and defund the police, Hawley will introduce an amendment to allow for the hiring of 100,000 new police officers to tackle spiking crime across the country.