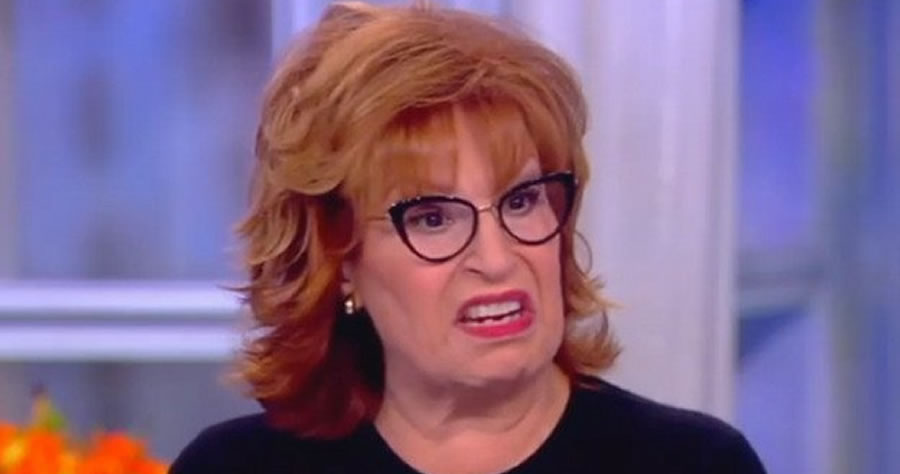 If one wanted to draw up an apt portrait of what the rabid pits of the Democratic fever swamp actually look like at their absolute worst, they would be hard-pressed to find a more fitting example to work with than to flip their televisions on and turn the channel to ABC for another mind-numbing episode of “The View,” where self-loathing so-called progressives open their mouths on a daily basis and let the inevitable ignorance, stupidity, and hate-filled intolerance for differing viewpoints spew forth.
But this week on the show where willful ignorance and empty virtual signaling reign supreme, an unintentionally hilarious moment happened when the subject turned to Tucker Carlson, a frequent target of the far-left’s ire including the co-hosts of “The View.”

Carlson is, of course, being blamed for the horrific mass shooting that took place in a Buffalo grocery store Saturday that left ten dead and three more injured. The shooter’s manifesto confirms his murder spree was racially motivated, and though Tucker Carlson was not mentioned anywhere in it, that’s all it took for Joy Behar and the gang to go nuclear on Carlson over the last two days.

On the Tuesday program, Behar revealed her supposed insights on Carlson’s “relevancy.”

“Back in [the] World War II period, there was a guy named Father Coughlin, and he was an anti-Semite and a racist, he was a priest from the Catholic Church,” she stated. “He had, in a country of 127 million people, he was on the radio, he had 30 to 40 million listeners. That’s a lot.”

But when you contrasted Carlson’s viewership with population numbers for the U.S., Behar proclaimed, his viewer/listener base being at 3 million people in comparison with the actual population of America (326 million) meant that he was “almost irrelevant.”

“Tucker Carlson has, in a country of 326 million people – we have grown, he has 3 million listeners. So it’s 30 to 40 million versus 3 million. He’s almost irrelevant if you think about it,” Behar alleged. “And I think maybe that’s the way to go with him. Just ignore him. Every time we talk about him, every time the media gives him air time, he gets bigger and bigger.”

Joy Behar: “Tucker Carlson has, in a country of 326 million people, he has 3 million listeners … he’s almost irrelevant.” pic.twitter.com/SYPQp633d4

The problem with Behar’s rant is that it ignores/overlooks a couple of things, the primary one being that his critics can’t have it both ways. He’s either the cause of all the hate in America and needs to be canceled or he’s “almost irrelevant.” Pick one and stick with it:

Tucker is so irrelevant there’s a systematic daily smear campaign to get him de-platformed and thrown off the air.

Secondly, if Carlson’s nightly numbers make him “almost irrelevant,” what does that make “The View,” whose numbers are about 1 million lower on any given day of the week?

For the year 2021, Carlson averaged 3.214 million viewers each night. Not everybody has cable, but Carlson also has more than five million followers on Twitter.

During that same time period in April, on the other hand, The View had an average of 2.214 million viewers per day. Data indicates that The View has had similar numbers measured at other times over the past year as well. As for social media, The View does not even have one million followers on Twitter. Its official Twitter account has 887,843 followers. Behar has slightly more than one million followers.