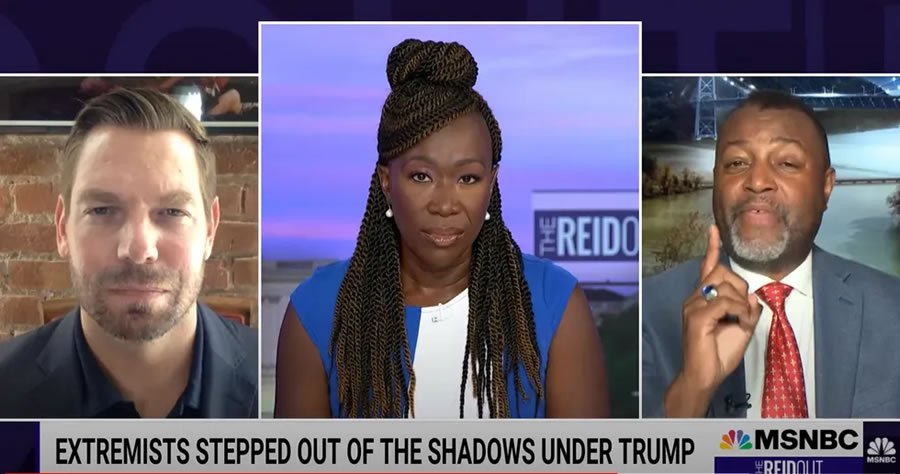 On Wednesday night’s episode of “ReidOut,” left-wing MSNBC host Joy Reid resurfaced the 2017 Charlottesville rally and the Jan. 6 Capitol riot to paint conservatives as terrorists and claim that the Republican Party is “harboring” a “white nationalist insurgency.” Democratic Rep. Eric Swalwell of California also appeared on the progressive cable TV show, where he said members of the GOP are “starting to kill our kids” because of their opinions on the COVID-19 vaccine.

Reid kicked off her show by rehashing the rally in Charlottesville, Virginia, on the fourth anniversary of the deadly event.

“Four years ago tonight, we got our first on-camera glimpse of the fascism right in front of us,” Reid claimed, then compared the “Unite the Right” white nationalist rally to the “torchlight rallies held at Nuremberg during the Third Reich.”

Reid purported that Charlottesville was the “tinderbox” that led to the Jan. 6 riot at the U.S. Capitol building.

Reid then welcomed MSNBC contributor Malcolm Nance, who said the conservative base believes that Democrats “must be destroyed by force of arms.”